We finally received confirmation that Andy Souwer was indeed out of his RIZIN 11 bout vs. Takanori Gomi.

Now facing Gomi will be a fellow UFC veteran in the form of Melvin Guillard.

Takanori Gomi (35-15, 1NC) returns to RIZIN not only looking to secure his first win in the organization but first win in well over four years – period.

After besting Isaac Vallie-Flagg in UFC 172’s Fight of the Night, Gomi closed out his UFC run with five-straight defeats. All of which came via first-round finish. He signed with RIZIN in late 2017 and was immediately put into the deep end of the promotion’s young lightweight division.

He was given streaking young-gun Yusuke Yachi. Despite finally showing some glimpses of old-school Fireball Kid early, Yachi finished the fight with a triangle choke in less than three minutes.

Opposite the Japanese legend is “The Young Assassin!”

Much like Gomi, Melvin Guillard (32-20-2, 3NC) was known for his insane power during the prime of his career.

Unfortunately, also similarly to Gomi, Guillard is on the heels of a brutal losing streak. As he too has also not been victorious in four years. After a 22-fight run in the UFC that saw him amass a record of 12-9 with 1 No Contest, Guillard went on to compete in WSOF, Bellator, and multiple international promotions.

During his time fighting outside of the UFC these past four years, Guillard is 1-7 with 1 No Contest. In his three most recent outings, he lost via wheelkick KO to Muslim Salikhov in China, was starched in minutes by Israel Adesanya in Australia, and was dominated and stopped by JacksonWink fighter Maurice Jackson in Denver.

It is an intriguing contest of two fighters in desperate need of a win when they hit the ring at RIZIN 11.

RIZIN 11 goes down on July 29, live from the famed Saitama Super Arena in Japan. 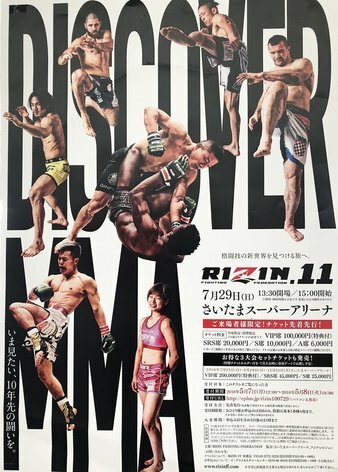