The Walkout Consultant: UFC on FOX 30 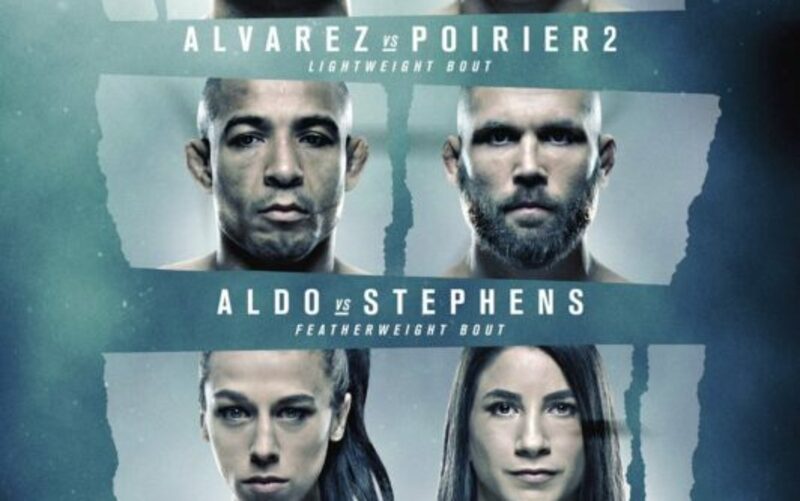 The UFC returns to Big FOX this week with UFC on FOX 30! The event goes down live at the Spectrum Center in Charlotte, NC. The main event is a lightweight bout between perennial Top Ten fighters Eddie Alvarez and Dustin Poirier. All over the card, people are wanting to make a mark with promoters and fans. Very few ways remain to do so, which is why a unique entrance music is of the utmost important. That’s why I’m here. As MMASucka.com‘s resident musicologist, I’m here to offer suggestions that would help these fighters find better entrances, starting with their UFC on FOX 30 walkout songs. I’m even doing it publicly, for your entertainment. So, without further ado, here… We… Go!

What he last walked out to: “Bam Bam” –Sister Nancy

What he should walk out to next: “Godfather Theme” – Andre Rieu

I usually give a pass to fighters who walk out to regional music or songs in their native tongue a pass. That said, “Bam Bam” by Sister Nancy is no longer on-brand for Olivier Aubin-Mercy. It’s a good song, but for a man who has proclaimed himself “The Canadian Gangster,” it no longer works. As it’s a more laid-back tune, that means that OAM doesn’t require something hard-hitting. Perhaps something more sweeping and grand is in order. Something like the classic theme to The Godfather. If he works it right, it could be like when Yoshihiro Akayama walked out to “Nessun Dorma!” You can hear it below.

What he last walked out to: “God’s Gonna Cut You Down” – Johnny Cash

What he should walk out to next: “Rusty Cage” – Johnny Cash

This is a tough one, because ever since Gian Villante stopped walking out to this song, Dustin Ortiz and Andre Arlovski have both been using it. This makes it tough. But, I think with Arlovski being the better known fighter, it’s incumbent on Ortiz to find something that makes hims stand out. If he wants to stick with Johnny Cash, the man had a massive catalogue. One option would be Cash’s cover of “Rusty Cage.” You can hear it below.