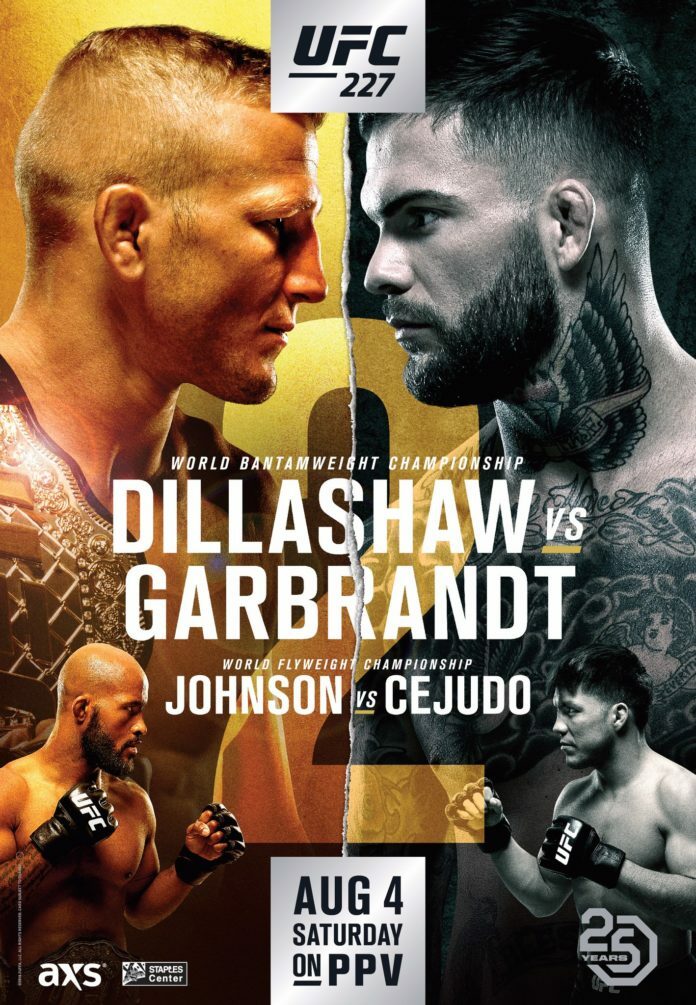 UFC 227, goes down this Saturday! The event will go down live at the Staples Center in Los Angeles, CA. TJ Dillashaw will step into the cage for the main event, defending his bantamweight title against arch-nemesis Cody Garbrandt. Demetrious “Mighty Mouse” Johngson will defend his flyweight strap in a remach against Henry Cejudo in the co-main event. As with many UFC events though, there are a lot of fighters who will need help selecting more memorable, on-brand entrances. As MMASucka.com’s resident musicologist, I can offer suggestions that will help fighters further stand out from the pack with their UFC 227 walkout songs. I’m even posting them here for you, the discerning fans’, consideration. So, without further ado, here… We… Go!

What he should walk out to next: “The Pre-Fix for Death” – Necro feat. Away

Unfortunately for Ricky Simon, a song about getting blitzed to show one’s alive just doesn’t make for a good walkout song. It’s not a great tune anyways, but it’s not really appropriate as a fighter’s entrance either. If he wants to stand out with a hip-hop walkout, he should go left-field and use something from death-rapper Necro. “The Pre-Fix Death” would make for a solid, intimidating entrance, including a chorus that makes reference to the kind of bludgeonings that Simon was known for early in his career. you can hear it below.


What he last walked out to: “Ambitions az a Ridah” – Tupac

What he should walk out to next: “Reclaimed Human Debris (ASW-G-08)” – Stormland

As I’ve said before, Tupac’s “Ambitions az a Ridah” is an over-used song. It’s not going to help Pedro “The Young Punisher” Munhoz stand out from the pack. Know, what this potent finisher needs is a more unique, more pummelling walkout song to go along with his gritty ways. That song is Stormland’s “Reclaimed Human Debris (ASW-G-08),” and you can hear it below.


Keep it locked to MMASucka.com for more of the best in MMA news and opinion!