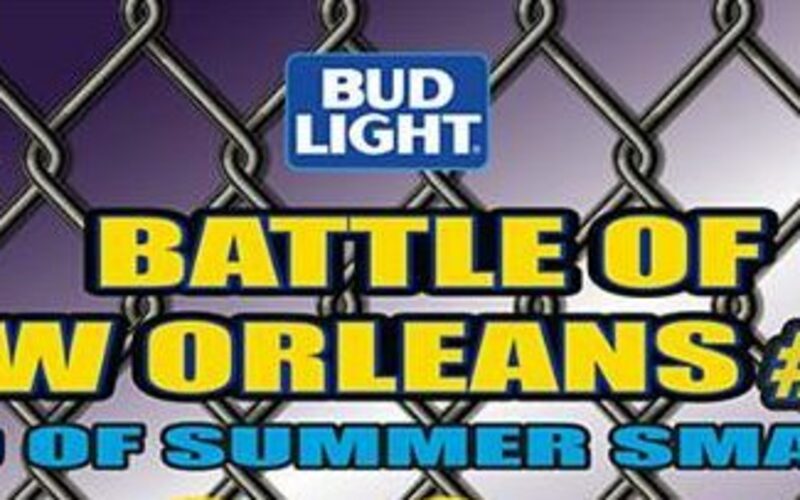 The 13 fight card is stacked with amazing talent from Texas to Florida. The card will be headlined with a very interesting main event featuring T.F.L MMA light heavyweight Emmanuel Verdier as he takes on former Gladiators Academy of Slidell and current Easton Training Center returning fighter Brian Lymuel. Both talented MMA fighters will look to put on an amazing show displaying their striking skills in “The Big Easy.”

Verdier is coming off of a draw in his last contest. He competed in at BNO #28 in April 2018 where he took on Dusan Sakvovic. Verdier scored a 10-8 first round with an early knockdown in the contest. Sakvovic stayed in the fight to end the contest in a draw. In the press kit for BNO #29 Verdier stated about the draw, “I knocked him down in the first and I saw red. After that it was just a fight.”

The Bellator veteran rode a three-fight win streak into his Bellator appearance against another Battle of New Orleans regular, Michael Lombardo. After dropping a tough decision to Lombardo outdoors in the Bellator MMA Series at Miami Speedway, Verdier took on his first BNO appearance.

Verdier has a knockout on his mind for the people of New Orleans. “I love to strike, that’s what people want to see, I’m always putting on a show.” He will feel a bit at ease as well as this will be his second straight bout in New Orleans. “I don’t do a lot of traveling so fighting down in New Orleans is always an experience. Everyone is so nice.” Can Verdier rebound from his draw and deliver on that killer instant? Can he land that devastating shot and put himself in line for a shot at the BNO title?

The definite hometown favorite will be Brian Lymuel. Lymuel a Slidell native (about 30 minutes north of New Orleans) had his last bout in January 2013. Lymuel began Tae Kwan Do and wrestling as a kid and into his high school days. He actually took sixth place in the Louisiana state wrestling championships representing Northshore High School. After taking a few years off of MMA, Lymuel relocated to Denver, Colorado to become a part of the Easton Training Center to refocus and retool for a comeback. Lymuel was originally training at Gladiators Academy of Slidell before his layoff.

“I thought I was done with fighting but the further I got away it made me realize it’s what makes me happy, it’s who I am, it kept pulling me back.” Lymuel, similar to Verdier, enjoys fighting in New Orleans as well. “Fighting in New Orleans means everything especially since I haven’t been back in a year. I want to show people it’s a different Brian; they’ll see it immediately.”

MMASucka was fortunate enough to speak with Lymuel before his big return. Lymuel seems like he has his emotions in check for his big return after being gone for years.

“It has been a good bit! The rollercoaster of emotions have passed. I’ve been through some major personal growth that will allow me to get to business.” Lymuel also feels his move to Easton Training Center his reinvigorated him. “I feel like I walked into a hyperbolic time chamber! Iron sharpens iron, everyday being around the men and women on the Elevation Fight Team, you’re in a constant environment of improvement,” Lymuel told MMASucka. “We shall see just how much it has evolved.”

Lymuel has been getting top-tier training working on his Brazilian Jiu-Jitsu under Amal Easton. Easton is a multi-time Pan American champion and earned his black belt from Renzo Gracie. Some of Easton’s students include Eliot Marshall, Shane Carwin, Brendan Schaub, Nate Marquardt, Duane Ludwig, and several others.

Other Potential Highlights for the Night

The co-main event will feature a 160-pound contest between local fighter, Covington native Rocky Landry. Landry has fought for other local promotions such as Caged Warriors Championship and Atlas Fights. He will be looking to rebound off of a first-round knockout and win his second in three contests. Landry will be welcoming Justin Osborn to the cage as he makes his professional debut. Osborn is 3-0 in his amateur career with all three wins coming by stoppage. Only one of his contests has exited the first round. The Port City MMA (Mobile, AL) prospect will look to come into foreign territory and begin his professional journey in the win column.

Weigh-ins will be Thursday, August 09, 2018 at 5 pm at Vinnie’s Sports Bar & Grill on Belle Chasse Highway in Gretna, LA. The doors open Friday night at 7 pm with the first fight taking place at 8 pm. Thanks to Ken Cooper for providing the media information. Please go out and support your local MMA regional fighters. You just never know what future UFC or Bellator champion you may be witnessing in action.