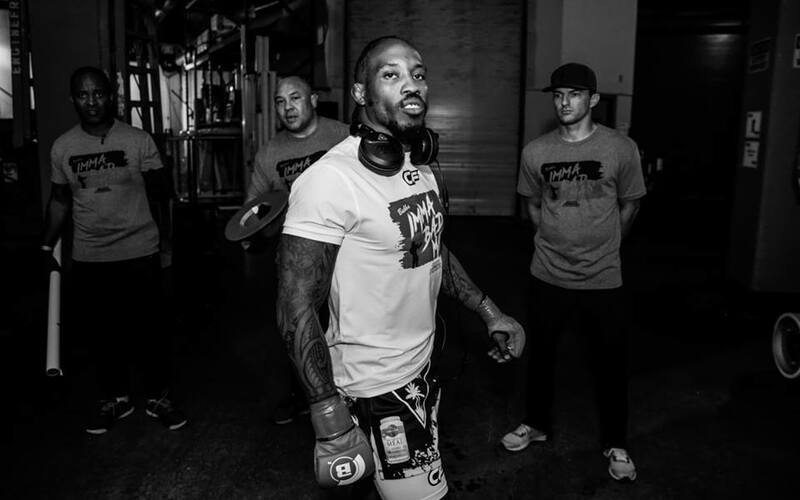 “I’m excited about the match-up. He’s a formidable champion on a tap-out winning streak,” Jenkins told MMASucka. “He’s been submitting people left and right. With my background in wrestling and his in Jiu-Jitsu, it’s a classic clash of the two styles.”

Boudegzdame captured the Brave CF title back at Brave CF 4 with a triangle choke over UFC veteran Masio Fullen. It was just his second fight with the promotion. He successfully defended the title with another triangle choke at Brave CF 10 over Jakub Kowalewicz. He’ll look to earn his second title defense over Jenkins.

“I will be the organization’s guy.”

There’s a lot on the line. In addition to the belt, the winner could very well be seen as one of the faces of the rising promotion. Jenkins is intrigued by the idea.

Jenkins has signed a multi-fight deal with Brave CF and is looking to become more than just the face of that promotion.

“I’m trying to be an international face. I plan to capitalize on the spotlight. I’ll be able to coach and speak wrestling for years to come. Going overseas and conquering really gives me an opportunity to be a face not only in America but elsewhere.”

Jenkins was actually coaching in Ireland when he got in contact with Brave CF. He got to see how they ran their promotion and loved everything about them, he said. They then offered Jenkins a chance to fight for a title, which he eagerly accepted.

“They’re really good people, they want to give you an opportunity and I believe they’re an organization that will grow fast,” he said.

“I want to show improvements.”

Jenkins and Boudegzdame are two of the organization’s fighters they’ll try to grow with. Boudegzdame has earned 13 of his 15 wins via submission, and the other two by strikes. He’s never won by decision.

Jenkins is well aware of Boudegzdame’s Jiu-Jitsu prowess and said he’s left no stone un-turned in preparing for the match-up. That includes evolution towards becoming a more well-rounded fighter.

“I’m known as a wrestler and a wrestling clinic will take place if [Boudegzdame] allows it. But I want to show improvements. This is not only for the new fans of Brave but my old fans who’ve been watching and supporting me. As much as the new fans want to see the dominant wrestler I’m known to be, my old fans want to see some evolving. I want to be a 2018, 2019, 2020, 2021, world champion.”

Jenkins said he doesn’t know what round the finish will come, but he promised the judges won’t need to get involved.