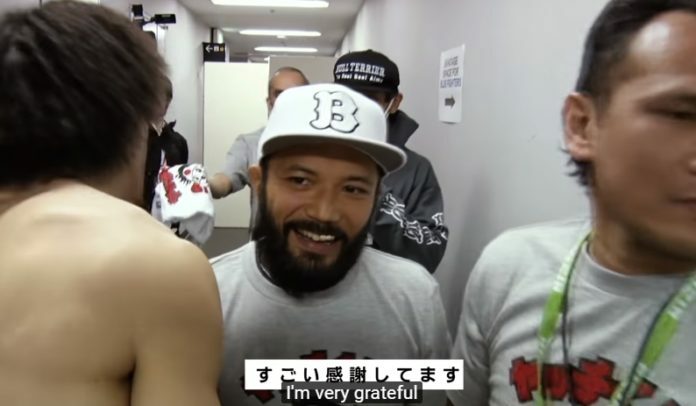 Just as Monday, September 17 was coming to a close, the MMA world was presented with some terrible, terrible news.

On the social media of KRAZY BEE out of Tokyo, the gym he ran, it was announced that the legendary fighter lost his bout with cancer.

Back on August 26, it was revealed that Yamamoto was battling cancer. Now, less than one month later, his tragic passing was revealed.

Norifumi Yamamoto – often simply referred to as “KID” Yamamoto – is truly a trailblazer, pioneer, and legend when it comes to Japanese combat sports.

Since 2001, he has competed in mixed martial arts, kickboxing, and even submission grappling. Known for his must-see fighting style and unmatched knockout power, the Shooto, Hero’s, UFC, and K-1 veteran was considered one of – if not the – best fighters on the planet during the mid-2000’s.

Shortly after the 14-fight unbeaten streak that saw him compete at bantamweight, featherweight, and lightweight, including a Hero’s Lightweight Tournament win, he signed with UFC.

His run in the organization was, unfortunately, less-than-stellar despite incredible amounts of hype. Yamamoto competed just four times in the UFC from 2011 to 2015, amassing a record of 0-3-1.

Past his resume as a fighter, beyond the highlight reel knockouts such as the four-second knee KO vs. Miyata, the former standout wrestler was more than just an incredible fighter in his heyday.

Thanks to him leading so many young Japanese fighters throughout the course of him running KRAZY BEE gym, “KID” has helped produce some of the best fighters in the country. This includes current RIZIN lightweight Yusuke Yachi and world-ranked RIZIN flyweight Kyoji Horiguchi, among many others.

As the son of 1972 Olympic wrestler Ikuei Yamamoto, Norifumi took up wrestling from a young age. Eventually receiving his education in the United States, and performing as a standout wrestler at Marcos de Niza High School in Tempe, Arizona.

At 41-years-old, Norifumi “KID” Yamamoto left this world far too soon. That much is undeniable. Much like his contributions to the sport of mixed martial arts as both a fighter and a trainer.

The news of his passing lit the MMA world on fire. Yamamoto was a fan-favorite to so many, and the people showing their support for him include fellow legends, former foes, and current stars.

Along with Japanese veterans like Megumi Fuji and Tatsuya Kawajiri, he also received love from Dana White, former foe Jeff Curran, Scott Coker, Ken Shamrock, Nobuyuki Sakakibara, and Anthony Smith among many others.