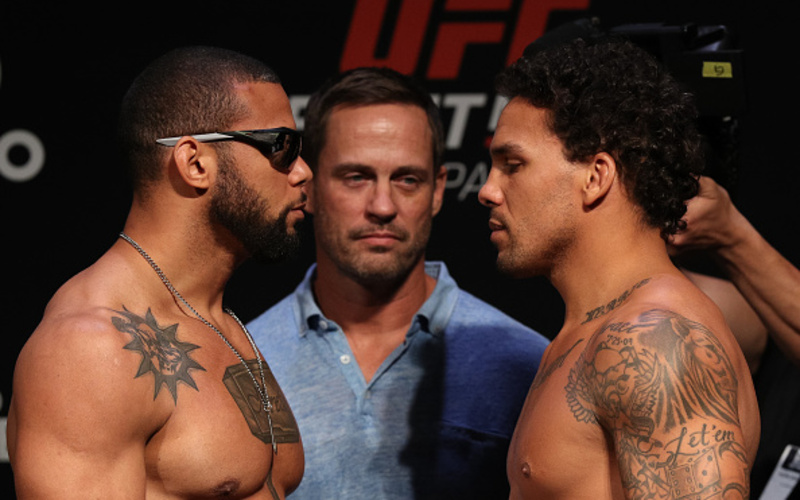 The UFC returns to Brazil for UFC Fight Night 137 with a completely different main event than what was originally scheduled. Thiago Santos filled in for an injured Glover Texeira to take on Jimi Manuwa who has since been replaced by Eryk Anders. The main event will feature the two middleweights as they take each other on at light heavyweight. Santos is coming off a decision win over Kevin Holland at UFC 227. Meanwhile, Anders is coming off a third round knockout win over Tim Williams at UFC Fight Night 135.

In the co-main event, Alex ‘Cowboy’ Oliveira returns for the first time since finishing Carlos Condit. That win came at UFC on Fox 29 as Oliveira picked up the biggest win of his career. At UFC Fight Night 137, he will face Carlo Pedersoli Jr. Pedersoli made his UFC debut at UFC Fight Night 130 when he defeated Bradley Scott.

Before we see the co-main event, we will see the return of Antonio Rogerio Nogueira as he takes on Sam Alvey. The second fight of the main card will see the return of former bantamweight champion, Renan Barao. He will take on UFC newcomer Andre Ewell as he looks to revive his career. Finally, to open up the main card, top-15 ranked strawweight, Randa Markos takes on Marina Rodriguez.

Follow along with MMASucka as we provide you with the results throughout UFC Fight Night 137.