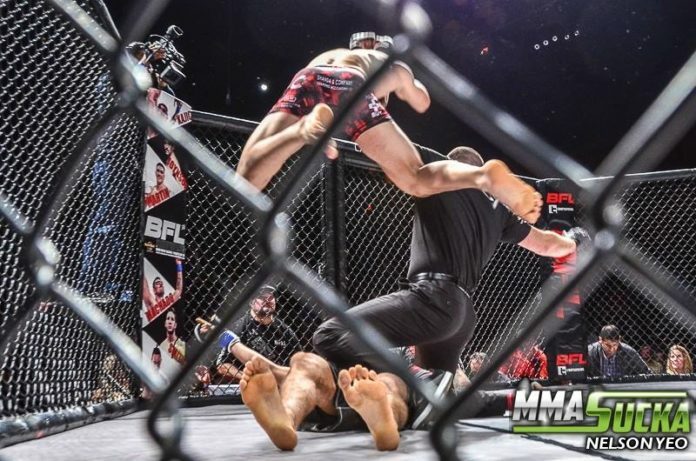 On Saturday evening, the Battlefield Fight League amateur welterweight championship was up for grabs, as champion Austin Batra took on Perry Hayer. However, the fight ended with a ton of controversy.

32-seconds into the very first round, Batra landed what looked to be the fight-ending blow. A giant left hook that dropped Hayer and flattened him. Well, that was not the end. Batra decided to jump into the air, clench his hands together and drop down what looked like a hulk smash.

After Hayer was looked at by the doctor’s, BFL ring announcer, Ryan Ventura read the judges decision and to Batra’s surprise, he was disqualified. Not only was he disqualified, but the belt was wrapped around Hayer’s waist and he was crowned new champion.