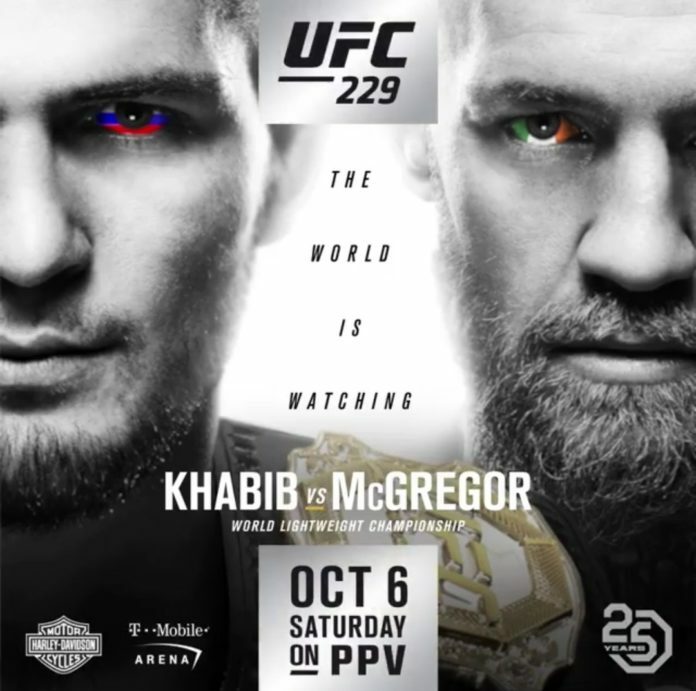 This week’s edition of the Walkout Consultant, dealing with fighters’ UFC 229 walkout songs is brought to you by Dewar PR! Dewar PR is one of Canada’s top rock and metal public relations firms, representing an international roster of clients. If you’re a fighter looking for a unique walkout song, owner Curtis Dewar‘s client list is a great place to start your search.

UFC 229, goes down this Saturday! The event will go down live at the T-Mobile Arena in Las Vegas, NA. Conor McGregor will step back into the cage for the first time since UFC 205. He’ll be taking on Khabib Nurmagomedov in a lightweight title bout. As with many UFC events though, there are a lot of fighters who will need help selecting more memorable, on-brand entrances. As MMASucka.com’s resident musicologist, I can offer suggestions that will help fighters further stand out from the pack with their UFC 229 walkout songs. I’m even posting them here for you, the discerning fans’, consideration. So, without further ado, here… We… Go!

What he last walked out to: “Nothin’ But a Good Time” – Poison

What he should walk out to next: “Hot Blooded” – Foreigner

Scott “Hot Sauce” Holtzman walking out to Poison was good. Really good. That style of track is great for a fighter looking to capture a crowd’s attention. However, I can’t help but feel like there’s something a little more on brand, for the man known as “Hot Sauce.” That song is “Hot Blooded” by Foreigner. You can hear it below.

What he last walked out to: “Promontory (Last of the Mohicans)” – Trevor Jones

What he should walk out to next: “Folsom Prison Blues” – Johnny Cash

When you originally hail from Folsom, California, as Aspen Ladd does, then there really is only one song you can walk out to. “Promontory” is a solid walkout song, that’s been used by various fighters over the years, but sometimes you need to embrace your roots for your gimmick. For Ladd, that means walking out to a song that 90% of the crowd should know that is about a fixture of her birthplace. That song is “Folsom Prison Blues” by Johnny Cash. You can hear it below.