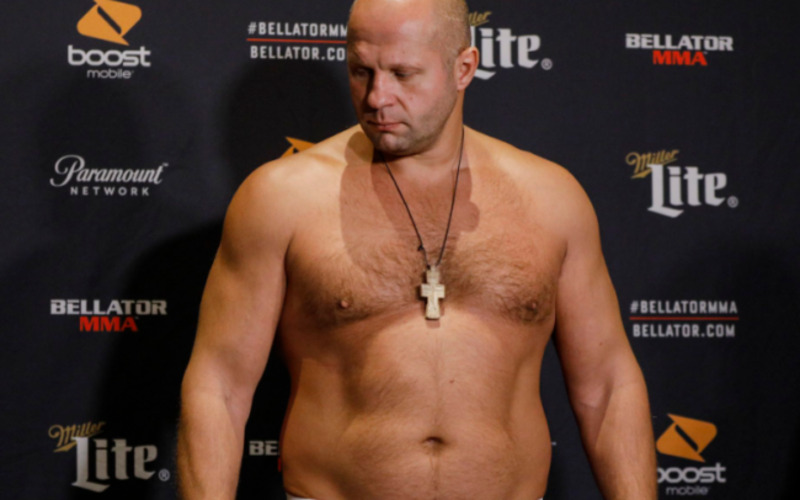 The Bellator 208 weigh-in concluded Friday morning. The second of two Bellator events held on consecutive days is set. The weekends two Bellator cards determine the finalists in the 2018 heavyweight Grand Prix. At Bellator 208, the left side of the bracket will find a decisive end as Fedor Emelianenko takes on the brash Chael Sonnen.

Under the current circumstances, the odds of two non-heavyweights making it to the heavyweight Grand Prix are extremely high. 2 of the 4 competitors left in the tournament are not of the body type for the division. Chael Sonnen competed nearly his entire career at middleweight. In his later years of MMA competition, Sonnen fought in the light heavyweight division. On the other side of the bracket sits Ryan Bader, the current Bellator light heavyweight champion. Dating back to his days with the UFC, Bader never competed at heavyweight. His entire UFC career took place at 205 pounds.

Much like Bellator 207, the only competitors to miss weight were on the preliminary card. Jamal Pottinger came in 0.2 pounds over, while James Gonzalez came in 1.8 over.

Featured fighters on Saturdays card include the brother of Pride legend, Renzo Gracie, Robson Gracie Jr. as he makes his mixed martial arts debut against a fighter who missed weight, Jamal Pottinger. The #12 ranked professional featherweight in the US Northeast (rankings by Tapology) Tommy Espinosa makes his promotional debut when he takes on Sukhrob Aydarbekov.

On the main card, Henry Corrales makes his return to the Bellator cage. The California fighter looks to add to his 3 fight win streak when he takes on the experienced Andy Main. Corrales began his Bellator career roughly. In his first three bouts with the promotion, Corrales went 0-3. His competition over that span included Daniel Straus, Emmanuel Sanchez, and Patricio Pitbull, respectively. Andy Main makes his promotional debut at Bellator 208. The New Jersey competitor fought across the world for a variety of organizations. During his career, Main fought for Ring of Combat, Cage Fury Fighting Championships, Pancrase, Road FC, and LFA while also appearing on The Ultimate Fighter Season 12.