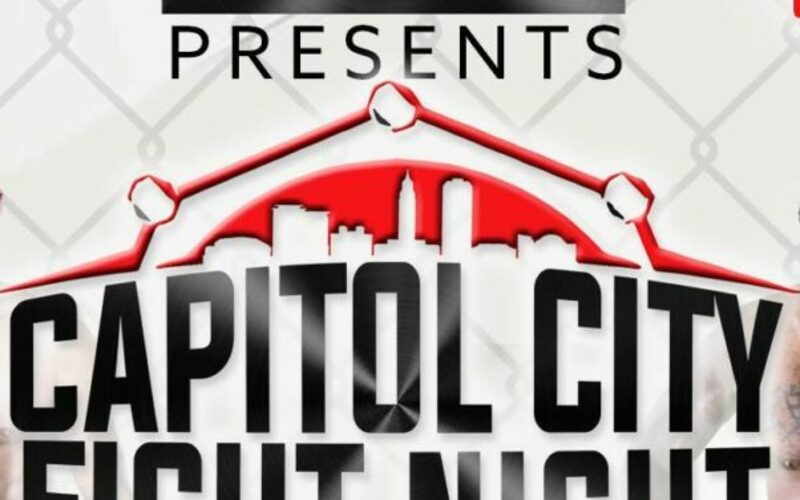 Bayou Fighting Championship: Capitol City Fight Night will take place this Friday, October 26, 2018, from the Premiere Indoor Soccer Center in St. Gabriel, Louisiana. Currently, the card has 16 bouts, including three professional fights and two titles on the line. The main event of the evening will feature Thomas Webb of TWebbMMA as he takes on Rey Trujillo from Bloodline MMA for the BFC Capitol City Fight Night professional lightweight championship.

Bayou Fighting Championship invades the Capitol City area in their continued expansion out of the New Orleans area. BFC recently held the Fightville 2 card in Lafayette, LA to an amazing turn-out for the hotbed of MMA, South Louisiana. BFC is dominating the MMA scene in Louisiana and the Premiere Indoor Soccer Center in St. Gabriel will be the next stop.

The main event of the evening will feature Baton Rouge’s own, Thomas Webb, as he takes on the 46 plus fight veteran in Rey Trujillo. Webb fights out of TWebb MMA which will have an additional four competitors on the card. Both are veterans of LFA. Trujillo, as well, is the head coach of his own team, Bloodline MMA, in Houston, Texas. Trujillo will have a handful of fighters as well competing with an additional five fighters competing.

Thomas Webb will bring his 13-6 record into the BFC cage as he looks to get back into the win column. Webb is a grinder in the cage. He looks to wrestle his opponent down and use relentless pressure until the opponent cracks. Webb has been working with famed boxing coach LJ Morvant of Beat-2-Sleep Boxing Gym in Baton Rouge. Beat-2-Sleep is also the home to Eric Walker Sr, who is currently 2-0 on The Contender Season 5 boxing series. Webb has all the necessary tools to capture the lightweight title.

They don’t come much more experienced than the 36-year-old Trujillo. This will make Trujillo’s 47th appearance inside an MMA cage. He is currently 2-2 in 2018 and would love nothing more than to end the year with a winning record. Trujillo can get it done in multiple ways with wins on his resume by every means possible. He will want to pressure Webb and try and keep him at bay with his striking.

A 150lbs clash will co-main event the night with Gracie United’s Josh Davila taking on another Bloodline MMA fighter, Warren Stewart. Both guys are looking to end their rough skid and get a win to their name. Between both Davila and Stewart, there are 59 career professional bouts, leading for this to be a great showdown between two very experienced fighters. Regardless of the outcome, this will be an enormously special night for Davila as he will compete on the same card with his wife, Sarah Davila, as she takes on Mattie Madison from Killer Bees in Shreveport.

Other Matchups to Keep an Eye on

TWebb MMA’s Haiden Parish will get his first crack at BFC gold as he takes on the hungry Tyrek Malveaux of Gladiators Academy. Parish is coming off of an impressive first-round submission victory over Damon Cooley at Battle of New Orleans 28 in June 2018. Look for Parish to turn this fight into a war. “When the door closes, hey, we are two athletes and hard working fighters. It’s going to be a good one!” Parish told MMA Sucka.

Malveaux is a very impressive fighter to watch in person if you are ever given the chance to see him compete. I had the pleasure to watch Malveaux win a very close split decision victory over Jeb Ross at WFC 86 at Cypress Bayou Casino located in Charenton, Louisiana back in May 2018. Malveaux was back in action two months later winning by second-round submission at Atlas Fights 33 in Biloxi, Mississippi in July 2018. Two better featherweights could not be pitted together for this championship. This matchup can truly go either way.

Jake Foster of TWebb MMA will look to rebound after a tough last outing at Battle of New Orleans 29 in August 2018. His opponent for the night will be Logan Speyrer of Team Juggernaut. Speyrer appeared on the same card and was able to pull out the knockout victory. Foster has a great wrestling background and will look to push the pace and keep the close pressure on Speyrer. Speyrer uses his length very well in the striking department and will try to utilize that to keep Foster back and unable to use his wrestling. Foster told MMA Sucka he’s having an amazing weight cut and has been working hard on his Brazilian Jiu-Jitsu for this particular matchup. Another amazing matchup by the matchmakers at BFC.

Amazing up and coming talent flood this great card. TWebb MMA and Gladiators Academy are largely represented at Capitol City Fight Night. Here are a few additional fighters to keep an eye on from these fight teams, as well as the many other teams that are represented.

Nakie Brown is a 2018 LHSAA wrestling state runner-up from St. Amant High School. Brown collected 59 wins his senior season. Brown has been training extremely hard under the tutelage of Webb at TWebbMMA. He’s an amazing athlete who has taken to MMA easily. Webb would not have placed Brown into a cage already if he did not think he was ready for the challenge. The young up and comer is making his debut but his a fighter to keep your eye on in Louisiana.

AJ Fletcher is a hard-nosed fighter from Gladiators Academy who looks for the kill early. Three of his four wins are first round knockouts. The other win is a second-round knockout. Always fun to watch, Fletcher will look to rebound from his two losses in a row, both by decision. The 21-year-old is another Louisiana fighter to watch with an amazing future in front of him. Under the tutelage of Tim Credeur, look for Fletcher to continue to improve every time he steps into a cage.

Larry Bradford is another new fighter to keep an eye on long-term. Bradford has a deadly ground game earning a gold medal at the 2018 IBJJF Las Vegas Open this past summer. He has also won multiple gold medals at different events and tournaments across the south. If the fight goes to the ground, look for Bradford to finish quickly.

Make sure to follow MMA Sucka for live results of Capitol City Fight Night as we will be cageside to give you the best insight. Full review article will follow as well if you are unable to make the event. You can get your tickets here or buy at the door. The event is very hot so get your tickets ASAP.