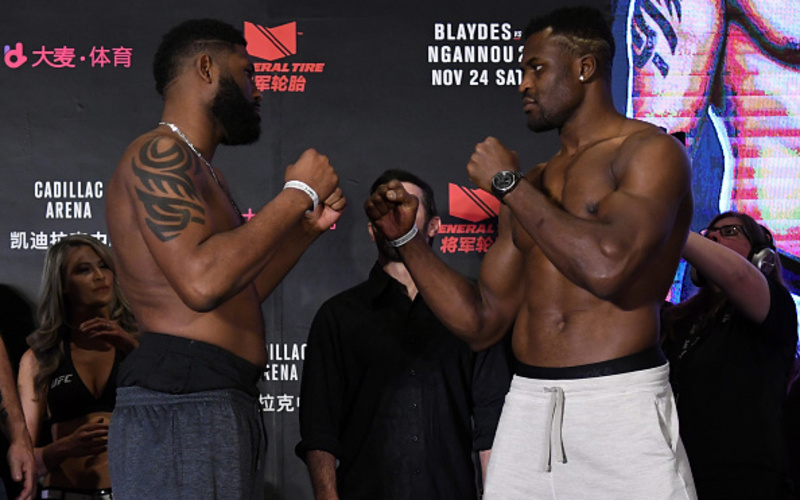 The UFC will make its debut in Beijing, China for UFC Fight Night 141. In the main event, Curtis Blaydes takes on Francis Ngannou in a rematch of their 2016 fight. This time around, there are much higher stakes on the line as both fighters are in the position to challenge for the title with a win.

In the co-main event, former heavyweight title challenger, Alistair Overeem returns to take on UFC newcomer, Sergei Pavlovich. Overeem will look for a much-needed win after losing his last two straight to each man in the main event. As for Pavlovich, he will look for a huge win in his debut to put him towards the top of the heavyweight ladder.

Follow along with MMASucka as we provide you with the results throughout UFC Fight Night 141.