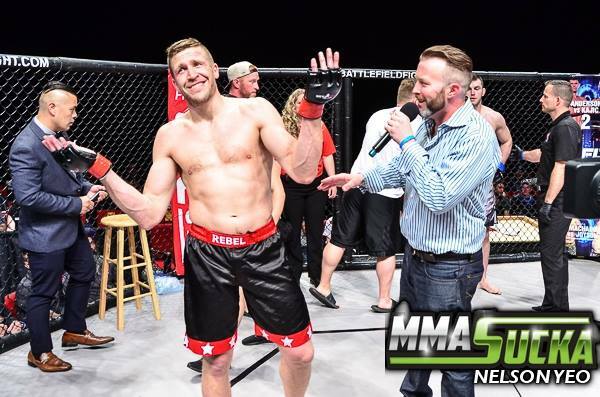 A title fight has already been announced for BFL 59, however another was just set. The BFL middleweight championship is on the line as Jared Revel takes on Hamza Salim.

The two have met previously. Revel got the better of Salim, earning a unanimous decision at BFL 46 in 2016.

Revel (7-2) is riding a two-fight winning streak, with two first round stoppages. At BFL 55, “The Rebel” stopped TJ Koehler in the first round with some serious leather. Just two months later, the Revolution Fight Team Black Belt tapped out Nick Coughran at BFL 56.

Salim (5-2) lost his first fight back in the cage after his loss to Revel two years ago. However, since those two blemishes, the Gracie Barra Portland product has gone on a three-fight winning streak. All three victories came by knockout, two of which happened in the very first round.

BFL 59 goes down on January 13 from the Hard Rock Casino in Coquitlam, British Columbia. The main event will be for the bantamweight title, as champion Cole Smith takes on Tyler Wilson.