Facebook
Twitter
ReddIt
WhatsApp
Brave CF 19 showcased one of the toughest bouts in the promotion’s history as Adam Townsend took on Mark Hulme. Townsend entered as an overwhelming favorite to win the bout against the South African wrestler who trains under Richie Quan.
In the bout that showcased a true display of grit, Townsend pushed ahead, despite being cut early by a devastating elbow from Hulme. Hulme dominated the bout with his wrestling skills and reach advantage. 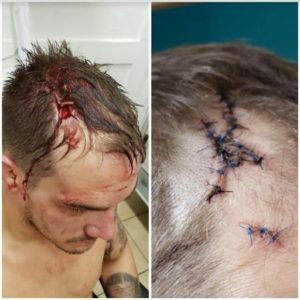 ‘Primetime’ never gave up and pushed his opponent to the limit as he was taking damage. The bout showcased grappling and standup action making it a truly memorable main event.
The bout, which was expected to finish any minute, went the distance all way to the judges’ scorecard. The judges scored in favor of Mark Hulme by unanimous decision. However, the resilience of Townsend pushed the bout to be among the lead contenders for the fight of the night.
Townsend received medical attention, it was then that the extent of damage inflicted by Hulme was revealed. Hulme has now successfully made his promotional debut with Brave Combat Federation in the welterweight division. 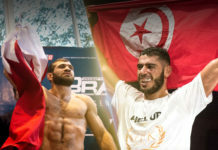 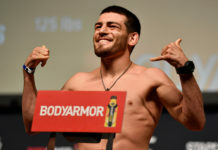 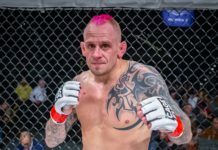