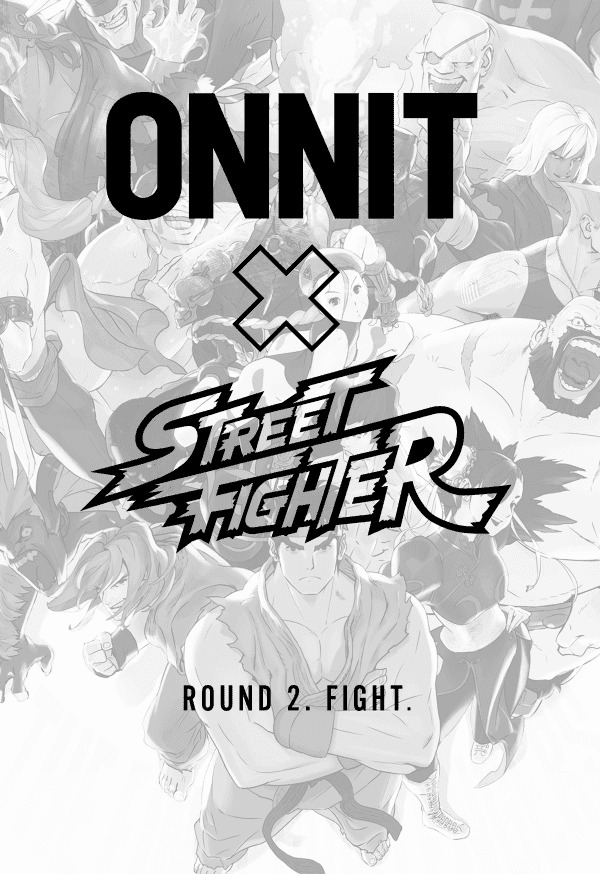 What a couple of weeks it has been at Onnit. You will have seen me praise their workout equipment, especially the Onnit 6 Kettlebell series. However, that has taken a back burner for a couple of weeks due to injury. The good folks in Austin, Texas have now launched an all-new supplement Beta Alanine and Round 2 of our Street Fighter t-shirts.

Check out the video below.

What is Beta Alanine?

Beta Alanine is an amino acid shown to support strength training, power production, and high-intensity exercise performance. The supplement has been shown to remove lactic acid from the muscles to allow for continued contraction which leads to more reps. It has also been shown to help support endurance during aerobic training. Another study has shown increased bench press volumes and lower subjective feelings of fatigue with athletes who have supplemented with beta alanine.

In Round 2 of the Street Fighter t-shirts, you can get your hands on Ryu, Ken, Chun-Li, Balrog, Guile, Akuma, E. Honda, Dan, Blanka, Sagat, Zangiff and Dhalsim.

Some of the models sporting the tees on the website are MMA veterans Kyle Kingsbury, Brendan Schaub and Tim Kennedy. Also, current MMA stars Dustin Poirier and Cody Garbrandt are featured.

If you would like to get your hands on either the Beta Alanine or the Round 2 Street Fighter t-shirts then head on over to the Onnit website HERE.