The Brave CF debut didn’t go according to plan for the Indian heavyweight Mandeep Singh. Mandeep was a last minute replacement for Mindaugas Gerve and faced Rob Beech on the Brave 20 prelims.

The veteran MMA referee Mark Goddard who was the official referee-stopped the fight inside three rounds via Submission ( Verbal Tapping) making the English prospect Rob Beech the winner.

Mandeep, who was in disbelief at the actions of the referee, threw his mouthpiece out of the cage in protest and broke down before hundreds of his fight fans present at the Gachibowli stadium in Hyderabad. The Indian corner and the Federation (AIMMAF) officials also expressed their disagreement in the stoppage and the master is on appeal. Mandeep Singh spoke with MMA Sucka after the fight.

Things escalated real quick inside the ring. What exactly was going on there?

“It was a wrong decision. The Referee thought that I tapped out ( Verbally). I never said anything, I wasn’t speaking at all. My opponent’s cornermen were yelling, and the ref thought I gave up., I didn’t give up, I was fighting. I escaped his neck crank attempt twice and was about to do it the third time. That’s when the Ref stopped the fight”.

Mandeep Singh has some disagreement with Ref. mark Goddard.

Throws his mouth piece out of the cage.

What was your opponent’s take on this? Did you speak with him after the fight?

“He didn’t accept that his corner was making the sound and not me. It’s  MMA, so once the decision is made, it’s final. He knows that and he played it smart”.

Mark Goddard is a veteran of the sport and one if the best out there. What did he tell you? You had a long conversation with him.

“ He told me to appeal. I think he regrets stopping the fight and he understands it was not me who was making the noise during the fight. And I didn’t give up so I should be getting a rematch to prove myself”.

Did you speak with the President of Brave CF Mohammed Shahid?  He was seated cage side and watching the fight closely.

“No, not yet. I am going to request him. Because everyone knows the truth. It was my fight and I took this fight in three days notice and that guy is 20 kg heavier than me and I still threw him like a baby, you saw that. I want a rematch. I’ll prove everything. I’m requesting everyone”.

What’re the Federations take on the issue? They had a lengthy conversation with the Ref.

“Mr. Aditya (Aditya P.S) and Mr. Muneer (Abdul Muneer) spoke with the Ref after the fight was stopped. They were watching this close next to the cage side, they know the truth, they have been doing a good job helping our fighters. And I appreciate them for everything.

I told them it was not me. And they know it. I told the (referee) as well, I am Indian and I don’t make those kinds of noise, definitely not if I was in pain. I’m a Jiu-Jitsu guy, I’m very good at the ground, especially on my back.“

The Sucka team thanks Mandeep for his time and hopes that his grievances get heard by the authorities and justice gets served. 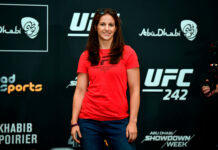 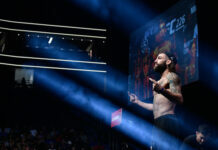