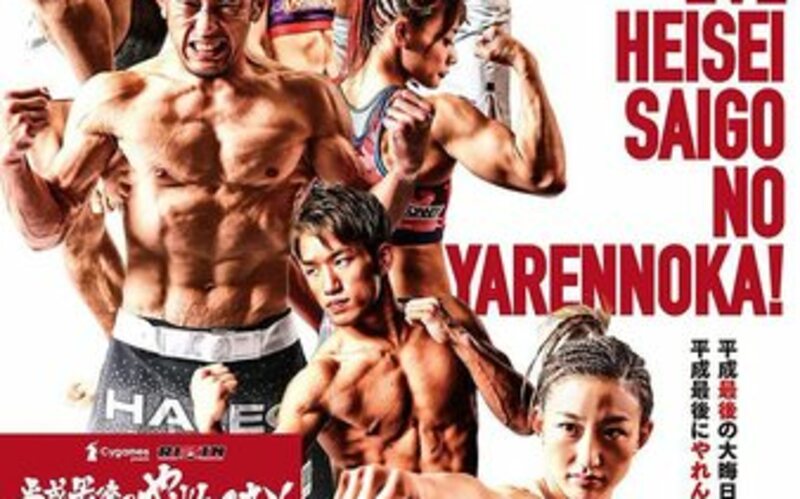 Finally, RIZIN’s typical NYE festivities are here! Beginning the night of mixed martial arts mayhem will be ‘RIZIN: Heisei’s Last Yarennoka!’ as it goes down live inside the Saitama Super Arena just hours before RIZIN 14.

The seven-fight card will be headlined by Japanese legends Tatsuya Kawajiri and Satoru Kitaoka, but will also feature rematches in the form of Kana Watanabe vs. Shizuka Sugiyama and Kai Asakura vs. Jae Hoon Moon.

Also on the card; Mikuru Asakura faces yet another Shooto legend in the form of Takeshi “Lion” Inoue. Plus, Japanese metal ‘idol’ Nanaka Kawamura makes her RIZIN debut prior to two kickboxing bouts featuring Yuta Uchida and Yoshiya Uzatsuyo.

Check out the full card below which will be updated with live results during the show. Be sure to watch the show via tape delay on Fite TV immediately following RIZIN 14.