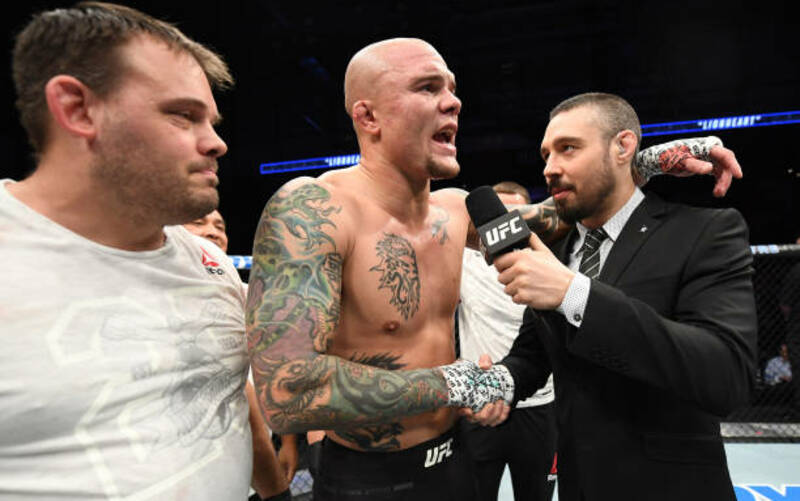 Jon Jones is back. Love him or hate him, he is one of the greatest mixed martial artists to ever grace the UFC. It is exciting to see him put the pieces of his life back together as he gets back to the Octagon. Despite the controversy heading into his fight against Alexander Gustafsson, Jones put on a dominating performance and came away with his UFC light heavyweight belt.

Earlier this week, Anthony Smith spoke with TMZ Sports and broke down the history between him and Jones, and how the title fight is in the works to take place later this year.

Smith is not the exactly a household name. However, he made a name for himself as one of the most improved fighters in the UFC. Since jumping to light heavyweight, Smith is 3-0. His three-fight win streak includes victories over Rashad Evans, Shogun Rua, and  Volkan Oezdemir. He also earned Performance of the Night bonuses in his last two fights.

On Friday, Jones posted this picture on his Instagram profile.

Always a fan of studying his opponents, this is just another indication of this fight taking place in 2019. Jones seems ready to take his career to new heights, and Smith looks to be the next test as he chases the title of GOAT in MMA.

With Daniel Cormier relinquishing the belt, and promoting fights with either Brock Lesnar or Stipe Miocic, it is safe to assume he will be sticking with his original weight class to continue his legacy. While everyone hopes for another DC-Jones bout, this will take some time as both fighters look to create history in their respective weight divisions. This will also open up the conversation of a champion vs. champion bout at either weight class, which should create some buzz as their shared saga continues.

On the Outside Looking In

From the outside looking in, Thiago Santos is another challenger waiting for his chance. If it were not for his loss to David Branch at middleweight, Santos would be riding an eight-fight win streak in the UFC. Santos is 2-0 at 205 and defeated Jimi Manuwa in his most recent bout in December. On top of that, though the fight was at 185, Santos is the last person to defeat Smith.

As the light heavyweight division continues to find new challengers, middleweights making the jump seems to be working. To avoid the treacherous weight cuts, several fighters are ready to move up, including Luke Rockhold. He spoke with Submission Radio as recently as December regarding the move.

As 2019 kicks off, the light heavyweight division is revamped with new contenders ready to make their mark at 205. For now, we will have to wait and see if the Jones-Smith tilt is officially booked. Stay tuned.