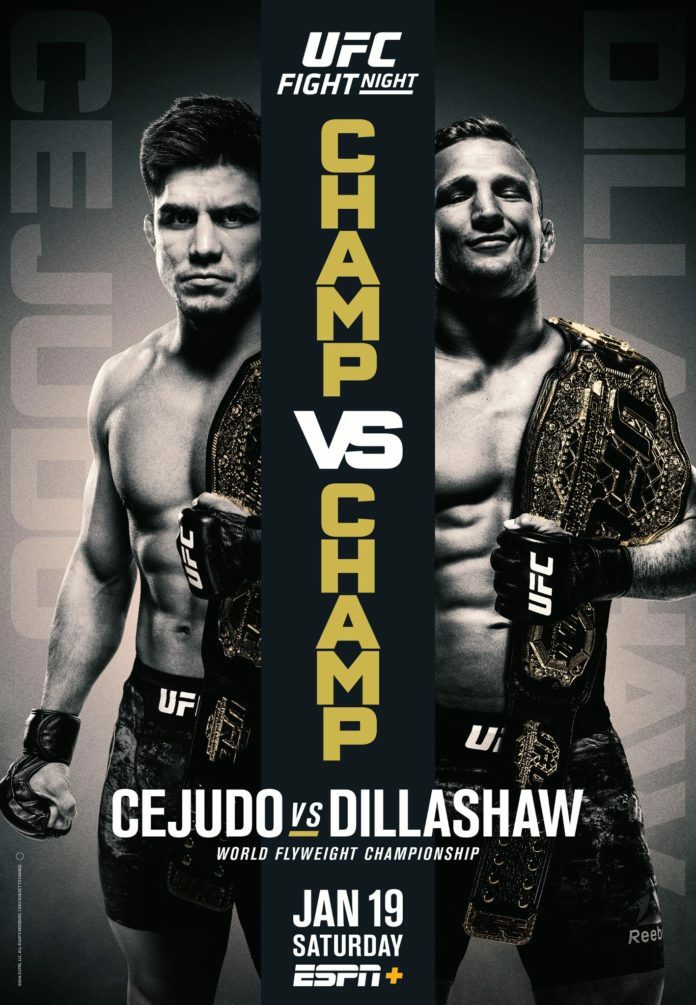 New year, new network, same old UFC! The UFC returns for its first show of 2019 on ESPN with UFC Fight Night 143. Going down live from the Barclays Center in Brooklyn, NY, the card is topped by bantamweight kingpin TJ Dillashaw dropping down to 125 lbs. to challenge Henry Cejudo for his flyweight title. While the card is full of notable names, there are still those looking to make an impact with fans.. With uniforms now de rigeur for UFC athletes, one of the few ways they have left to stand out as individuals is with walkout music. Some have had great walkouts in the past, but musical schizophrenia has led them away from it. Others just need a boost. That’s why I’m here.

As MMASucka.com‘s resident musicologist, I’m here to offer suggestions that would help these fighters become more memorable as a brand, starting with their UFC Fight Night 143 walkout songs. I’m even doing it publicly, for your entertainment. So, without further ado, here… We… Go!

What he last walked out to: “Hail to the King” – Avenged Sevenfold

What he should walk out to next: “I Want Action” – Poison

First thing’s first: Avenged Sevenfold’s “Hail to the King” is actually a pretty good choice for walkout song. That said, when your nickname is “Pretty Boy,” like Allen Crowder, it conjures up a certain image. So, even if you don’t look like a member of BTS or some other boy band, it helps to lean into it for branding purposes. A little glam, like walking out to a song from 80s rockers Poison, would help with that. A great song to that end, would be swaggery tough “Play Dirty.” You can hear it below.

What he last walked out to: “Country Roads Take me Home”/”Believer” – Israel Kamakawiwo’ole/Imagine Dragons

What he should walk out to next: “Country Roads Take me Home”/”Lights out” – Israel Kamakawiwo’ole/Royal Blood

As far as Yancy “The Kid” Medeiros’ walkout for his losing effort a UFC Fight Night 126 goes, I only really take issue with half of it. That half of it being the Imagine Dragons half. “Believer” just isn’t a great walkout song, sad to say. By all means, Yancy should keep using whatever song from Hawaiian music staple Israel Kamakawiwo’ole as the lead-in or whole walkout that he wants. That’s great, and is a staple among Hawaiian fighters. But for what comes next? It needs to be a bit harder than Imagine Dragons trying to be dark. It has to match the grit Yancy brings to the cage, which is something ID distinctly lacks. I think that song should be sinister, bass-driven “Lights Out” by rockers Royal Blood. You can hear it below.