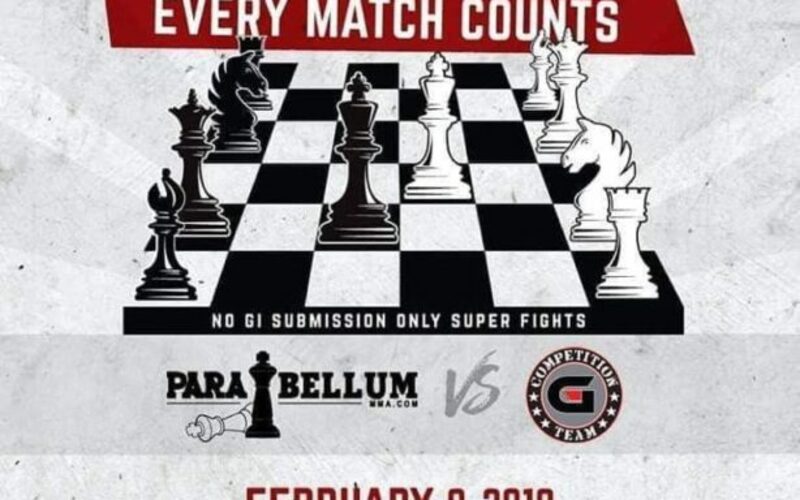 This Saturday, February 9th, one of Ontario’s premier mixed martial arts gyms is hosting a submission only competition between Gringo MMA and Para Bellum MMA in the main event! 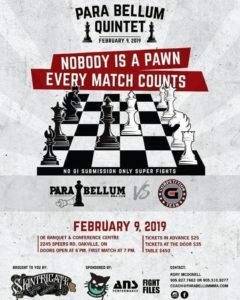 The tournament will feature fighters from gym’s all over Ontario, showcasing the different talents of submission grappling. Originally, the main event was supposed to feature Adrenalina MMA, however, they were not able to participate in the Quintet matchup. Fortunately, one of the top Jiu-Jitsu schools in the province has stepped up and submitted their roster of competitors heading into the competition. Gringo Jiu-Jitsu produces some of the highest level grapplers in the country, with multiple Gi/No-Gi World Champions, Pan Am Champions and Euro Champions.

Team Para Bellum, on the other hand, have everything to prove. The talented grapplers are going to need to establish themselves early, and assure that they’re team secures the victory. Lead by Rory McDonell, who is also hosting the Quintet, the team will bring their A-game to take on their skillful opponents in a historic event for Ontario Combat Sports.

Osman Shah, purple belt in Jiu-Jitsu, one of the top purple belts in the province, promised he will put up a good show for everyone.

With many more gyms and fighters signing up for the event, tickets are being sold out fast. 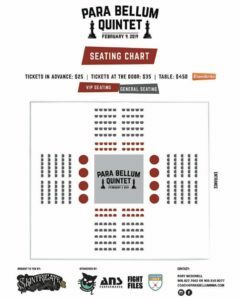 Seating is shown above. With absolutely no bad seats in the house, the event is guaranteed to be a spectacle to remember. However, tickets are being sold quick. You may purchase a ticket here.

For more information check out the event page on Facebook:

MMASucka will be providing coverage for the event on Twitter, so stay tuned for the big night of action for Ontario!