Well decorated and world known grappler, Gordon Ryan, will be in Lafayette, Louisiana at Gladiator’s Academy conducting a seminar. The event is scheduled for Saturday, March 2, 2019, and Sunday, March 03, 2019. The time frame is 11:00 AM CST to 2:00 PM CST each day. Gladiator’s Academy is the creation and home of former UFC middleweight and Louisiana MMA icon “Crazy” Tim Credeur

Ryan, the newly minted IBJJF Black Belt Nogi World Champion Absolute and Ultra Heavyweight World Champion is a member of the world-renowned Danaher Death Squad alongside BJJ powerhouses Eddie Cummings, Geo Martinez, and Gary Tonon among many others. The group is of course headed by the mastermind John Danaher. Danaher is widely considered one of the best BJJ coaches of this generation and earned his black belt under the legendary Renzo Gracie.

Ryan won IBJJF golds at the Pan NoGi and NoGi worlds. He also competed with “Team Alpha Male” at Quintet 3 in October 2018. He earned four submissions over the likes of Josh Barnett and Vitor Ribeiro led his team to victory. A major highlight came in 2017 when he earned the gold at the ADCC 88kg division. Victories came over Dillon Danis, Romulo Barral, and Xande Ribeiro along the way. Ryan also took the EBI 170lb title and won the Absolute tournament later on in 2017.

The Gordan Ryan NoGi Seminar at Gladiators Academy in Lafayette, LA will run from 11:00 am to 2:00 pm. The dates are Saturday and Sunday, March 2nd and 3rd respectively. Register now here to make sure you save a spot to this once in a lifetime experience from one of the best in the world.

Stay tuned right here at MMASucka for more worldwide MMA news, live streams as well as videos highlighting the top fighters, commentators, coaches, promoters and other names in MMA and combat sports. We also bring you great offers on the latest MMA products and merchandise. You can also subscribe to our YouTube channel for regular updates and all the latest fight news. You can also check out our sister site, at TheFightBuzz.com for the latest from the world of MMA and other combat sports. 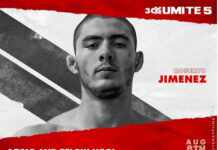 3CG Kumite 5: What You Need to Know 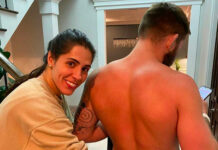 Gordon Ryan and Craig Jones Test Positive for COVID-19, Forced Out of WNO