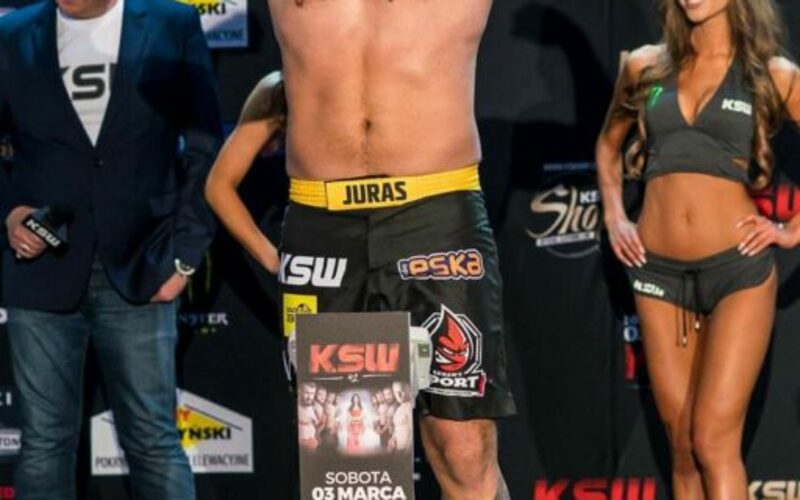 With KSW 47 right around the corner, matchups are starting to come out for the follow-up KSW 48 card which is set to take place April 27, 2019 in Poland. The co-main event of KSW 48 is set to feature two long-tenured veterans of the sport. Lukasz Jurkowski (16-11) will battle Stejpan Bekavac (19-9) for the second time. The two first competed at a Croatian regional show in December 2005 with Bekavac taking the victory.

If KSW were to create a Hall of Fame similar to that of the UFC’s Hall of Fame, there is no doubt Jurkowski would be an early inductee. Jurkowski’s MMA debut came at KSW 1 where he won the one-night tournament defeating three other opponents that night. He continued his impressive showing making it to the finals of KSW 2 and KSW 3. After his KSW 15 loss to Toni Valtonen in March 2011, Jurkowski decided to hang up the gloves and call it a career. Jurkowski did not venture far off, commentating for KSW events and staying active on Polish TV.

The siren call was too great for the Polish star. He returned to action at the biggest show in KSW history, KSW 39, as he took on Rameau Theirry Sokoudjou. The record breaking crowd of 57,776 witnessed the historic return. Jurkowski won via split decision in a very close contest. Jurkowksi took a loss in his next outing as he took on Martin Zawada at KSW 42 in March 2018.

The road to victory will not be easy for Jurkowski.  Hs is set to take on long-time European veteran Stjepan Bekavac. One of Bekavac’s 19 career professional victories is over Zawada from 2009, the last opponent to defeat Jurkowski. Bekavac’s last outing saw him defeated by the heavy bomb-throwing striker Jose Daniel Toledo Canellas back at ACB 84 in April 2018. Bekavac does hold a victory over Jurkowski early in their careers and will try to use that as a positive building point to victory number two.

As always, KSW 48 can be seen around the world on KSWTV.com. The event will also air free in Poland to Polish viewers. Make sure to follow MMA Sucka for all things KSW. We have all your previews, reviews, and fighter interviews here.