MMA is one of the most exciting and jaw-dropping sports in the world and has a hardcore fan following all over the globe. From its early days, when fighters from different weight classes and with different skill sets were thrown against each other to determine which martial art is the best, to the modern weight class mainstream system, the sport of mixed martial arts has seen some memorable bouts that are still talked about today. Here are the greatest MMA fights of all time. 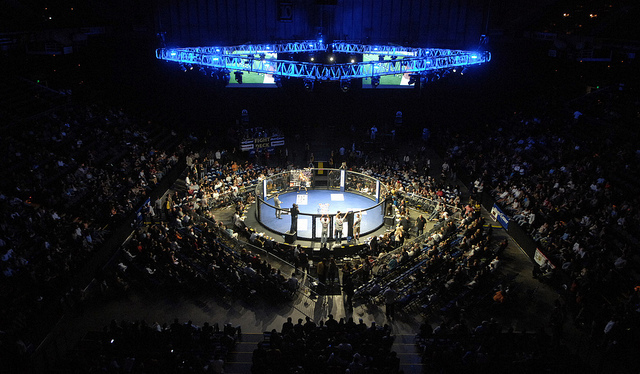 MMA in the US

Although the popularity of MMA has skyrocketed over the past decade, it’s still a sport that is primarily focused on the US market. And, even in the US, MMA events are mostly held in a small number of states, most notably New Jersey and Nevada.

This is mainly because of regulations that surround this sport, and the betting opportunities MMA brings in. For example, casinos sites with NJ license, allow players to legally enjoy all types of games online. But things get complicated for sports betting. Fans of MMA, and the UFC in particular, still face challenges for placing bets on their favourite fighters – mainly because they have to worry about the legal side of all of it.

The rematch between Diaz and Mcgregor was named the fight of the year, by UFCs then partner FOX. Not only were expectations high for this fight, when the cage door closed the two fighters absolutely delivered everything that the fans hoped for. Conor came in as a slight betting favourite despite the fact that Nate won their first fight on less than two weeks notice.

The spectacular rematch between the two lasted for the full 25 minutes, with both fighters refusing to give in under the attack of their opponent. McGregor came out storming in the first round, but Diaz managed to maintain his recognisable composure and poured the beating down on McGregor during the third. The fourth and fifth rounds were mostly back and forth, with Diaz holding the initiative. The outcome of this epic fight was decided by the judges in McGregor’s favor, which many fans to this day consider a very controversial decision.

Anderson Silva was a dominant and undefeatable force in the late 2000s. Prior to the Sonnen fight, he defended his Middleweight Championship belt a record six times. But, even though he was dominating opponents night in and night out Silva wasn’t that interesting to follow and was consistently the lowest-drawing champion in the UFC.

Although Chael Sonnen was an excellent fighter at the time, he was predominantly known as a world-class trash talker. But, this fight was different from any other Sonnen fought before. He came in focused, prepared and ready to strip Silva from his Middleweight title, and he absolutely dominated the entire fight.

Just by looking at the fight stats, even an untrained eye would say that Sonnen dominated the fight. He was stuffing Silva’s attempts, landing more blows and dealing a lot of damage to the champion. Unfortunately for Sonnen, he made he made a mental lapse two minutes before the end, and Silva took full advantage of it. He quickly forced Sonnen to tap out and produced a shocking conclusion to an instant classic.

It was a moment of triumph for Anderson Silva and a moment of shock and despair for Chael Sonnen. But, no matter how you decide to look on this fight, it was undoubtedly a historic moment for the UFC.

But, on 28th of August 2005, two fighters produced the best fight in the history of Pride FC. With the Pride FC Heavyweight Championship on the line, Fedor Emelianenko and Mirko Filipović stepped into the ring and produced probably the best heavyweight fight of all time.

Backed up by the commentary of the legendary duo of Bas Rutten and Mauro Ranallo, this was the most important fight for both fighters. Fedor, who was considered the best heavyweight in the world, managed to cement his position win a unanimous decision win over Mirko Cro Cop and establish his undefeated reign for another five years.

Described as the greatest light heavyweight fight of all time, and considered by many to be the greatest fight in the history of professional mixed martial arts, the first clash between Jones and Gustafsson is a fight no MMA fan will be able to forget.  Jones was an absolute favourite going into the fight and was at the time considered to be the most talented and skilled mixed martial artist of all time.

During the 5 rounds, both fighters were exchanging knees, elbows and high kicks in a legendary Rocky-like fight, with neither of them buckling under the pressure. Just like the second Diaz and McGregor fight, this fight ended by a decision which split the MMA fanbase as many people didn’t think Jones deserved to retain the title.