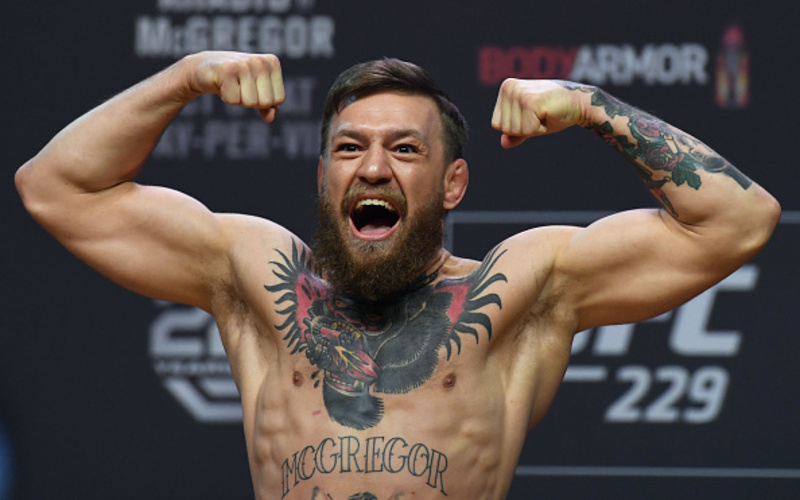 The UFC’s biggest star, Conor McGregor, has found himself in the middle of a serious sexual assault investigation back in his home country of Ireland.

News of the investigation was reported by the New York Times in an article it released on Tuesday.

This piece of news comes fresh off the heels of “The Notorious” tweeting out that he is ‘retiring’ from the sport of Mixed Martial Arts. McGregor tweeted the below on Monday. 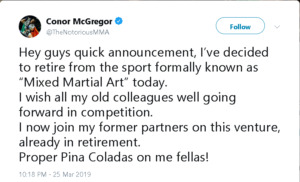 It should be noted that this is the former two-division champion’s second time announcing his apparent retirement from the sport. One day after this announcement, McGregor has been reported to be involved in an investigation involving a woman in Dublin, Ireland, at the Beacon Hotel.

McGregor is arguably the face of the sport of MMA and is the owner of his surging whiskey brand, Proper Twelve. According to the New York times, a handful of individuals familiar with the investigation stated that a woman in Ireland is accusing Conor McGregor of a sexual assault that occurred back in December.

Irish newspapers have been reporting on the case since late last year when news of the assault broke. However, they did not name McGregor in the reports. Instead, they referred to the alleged party as a “famous sports star.” Irish laws prohibit its media from naming alleged rapists unless they’ve been convicted, which has not happened in this case.

McGregor has NOT Been Charged with a Crime

McGregor has not been convicted of any crimes as of now, though he is under investigation. Per the New York Times, McGregor was arrested in January and questioned by Irish law enforcement, known as the Gardai. In Ireland, an arrest doesn’t necessarily lead to a formal charge.

The woman that is accusing McGregor claims that incident occurred at the Beacon Hotel. According to the New York Times, McGregor is an occasional guest who usually books their sole penthouse room. His last recorded visit to the hotel was in December.