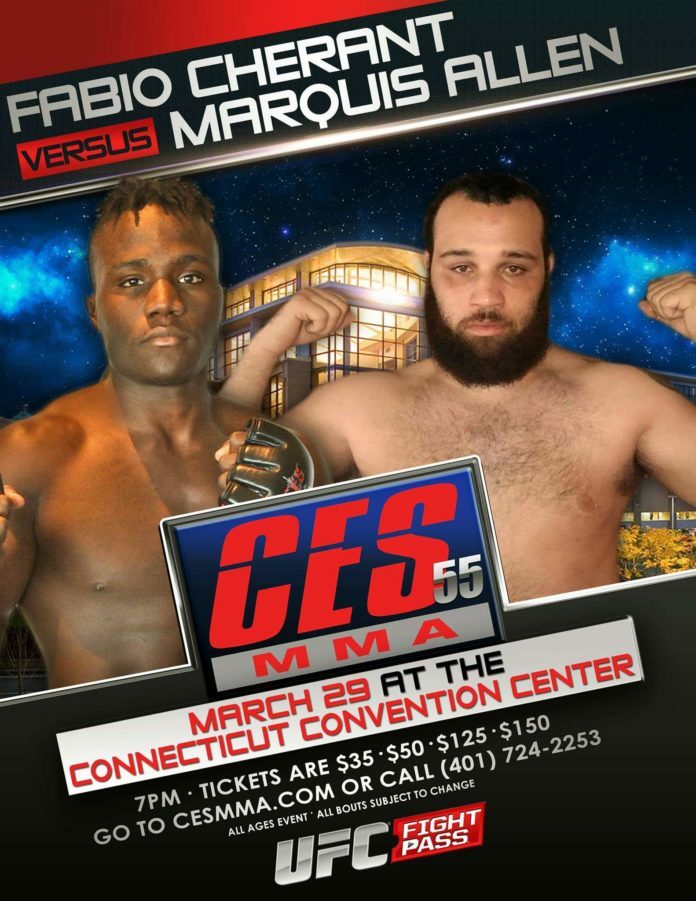 CES 55 is the first mixed martial arts held under the guise of Connecticut state legislation. It is the fifth professional fight for young prospect Fabio Cherant. The Massachusetts fighter looks for his fifth win as a pro. His opponent for the event, Marquis Allen.

Allen and Cherant face off for the second time come CES 55. The two previously fought in June of 2018 at CES 50. Cherant dominated their first meeting, winning the bout by way of 1st round submission. The stoppage was the second victory of his pro career.

At 4-0, Cherant stopped each of his opponents by submission. As an amateur, the Tri-Force MMA fighter also had a 100% stoppage rate. In four fights in the amateur ranks, Cherant accumulated a 3-1 record.

His opponent, Marquis Allen looks for his second victory as a pro. Allen made his pro debut for CES at CES 36. There he made a lasting impression as he earned a 16 second KO of Dan Randall. Since the success of his pro debut, Allen struggled. A pair of losses (One to Cherant) and a no contest in his most recent appearance put his record at 1-2-1.