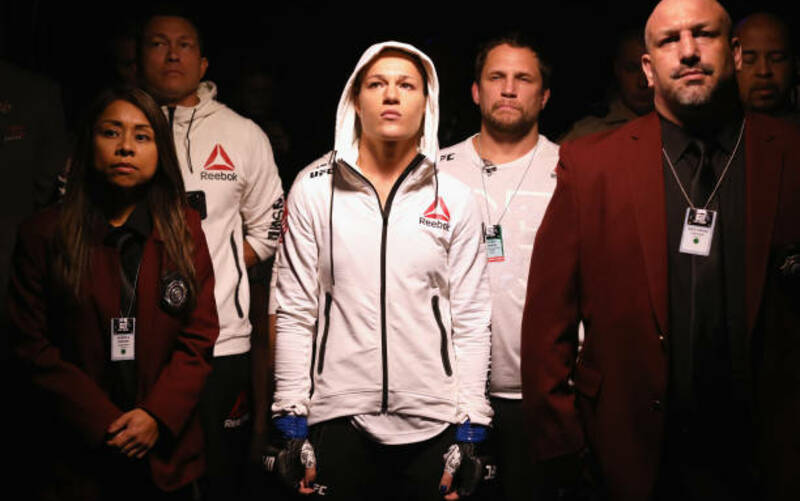 An interesting matchup in the UFC’s strawweight division is currently in the works for the promotion’s return to Chicago late this Spring. Raphael Marinho of the Brazilian sports outlet Combate is reporting that the UFC is looking to book Felice Herrig opposite Yan Xiaonan at UFC 238 in June.

A third straight defeat could put Herrig at best in a must-win situation with the company. An impressive win could keep Herrig just outside of the top 10 and set her up for a more recognizable name next time out.

Yan Xiaonan (10-1-0) was the first Chinese woman to sign a UFC contract, debuting for the company in 2017 as the promotion pushed further into Asian markets. Xiaonan has been victorious in all three of her appearances under the UFC banner, but has yet to compete for the organization outside of the Asian continent. Leading the charge of Chinese women in the UFC, Xiaonan has rattled off victories over Kailin Curran, Viviane Pereira and former Queen of Pancrase, Syuri Kondo. The multi-time Sanda and Muay Thai titlist rides an eight-fight streak into the contest.

The UFC 238 card seems to be WMMA heavy, as four of the five bouts planned for the event thus far take place in the women’s divisions. The featured bout of UFC 238 will see newly crowned flyweight champion Valentina Shevchenko look to defend her crown for the first time, as she looks to turn away the rising Jessica Eye. The co-main could see the winner challenging for the strawweight title when Nina Ansaroff attempts to break the streak of Tatiana Suarez. Another possible #1 contender bout is expected to take place earlier in the night, as Scotland’s Joanne Calderwood looks to pick up her fourth victory in the UFC’s flyweight division when she battles Katlyn Chookagian.