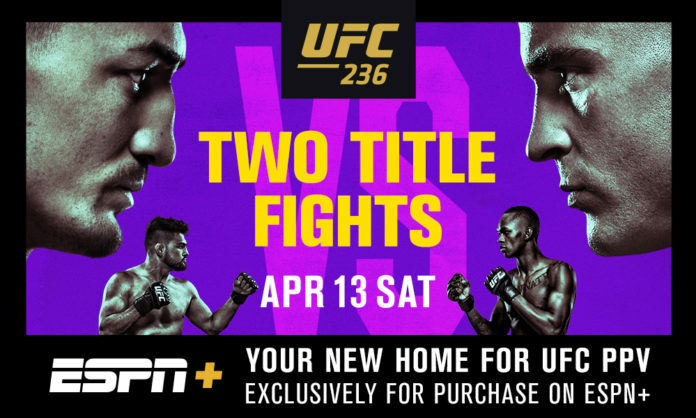 After a short break, the UFC is back with UFC 236! Topped by an interim lightweight title bout rematching featherweight champ Max Holloway against Dustin Poirier. Below that, Kelvin Gastelum will take on the electrifying Israel Adesanya for the interim middleweight crown. Still, there are a lot fighters on the card who need a little help standing out. With the Reebok policy in place, one of the few ways left to do that is with entrance music. That’s why I’m here. As MMASucka.com‘s resident musicologist, I’m here to offer suggestions that would help these fighters become more memorable as a brand, starting with their UFC 236 walkout songs. I’m even doing it publicly, for your entertainment. So, without further ado, here… We… Go!

What he should walk out to next: “Born to Survive” – Myrath

The world is getting small these days. That’s how Khalid “The Warrior” Taha was able to walk out to a song from a Kosavar Albanian living in Germany that sounds just like a low-energy latin-tinged contemporary hiphop song. About people being jealous of his relationship. It doesn’t really scream “warrior” to me. So, in order to get him back on track and on brand, I propose he walk out to something a little more ready for battle. Something like “Born to Survive” by Tunisian metallers Myrath. You can hear it below.

What he should walk out to next: “She Watch Channel Zero” – Public Enemy

Some songs, even if they’re good, even when they’re remixed, just don’t make for a good entrance. Such is the case for DJ Khaled’s Santana-jacking “Wild Thoughts.” So, with that said, what would be better for Poliana Botelho to walk out to? Well, if we’re going to stick with artists sampling legendary guitar licks, then Public Enemy’s “She Watch Channel Zero” is the logical choice. You can hear it below.