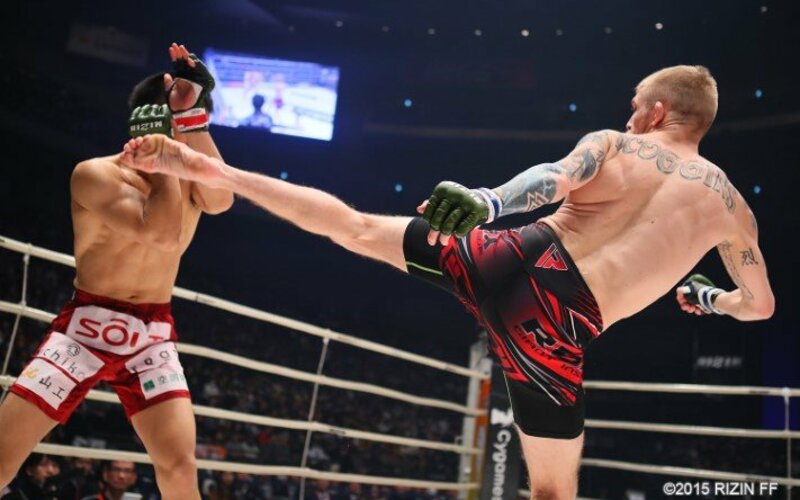 Though still a spectacular card, one of the most intriguing bouts slated for RIZIN 15 this Sunday has been scrapped.

MMASucka has confirmed with sources that Justin Scoggins has suffered a knee injury and will no longer be able to compete.

According to a statement, the injury is a relatively serious one, dealing with ligament and meniscus tears in the knee.

In a statement to RIZIN Fighting Federation officials post-announcement, Scoggins had this to say.

“I would like to apologize to RIZIN, the fans, and Kai Asakura for not being able to fight on this upcoming card. I have suffered a serious knee injury that completely prevents me from competing. It is a fight I requested, and I fight I hope to reschedule later this year. I respect Asakura and am very sorry. This exciting fight must be delayed. I also apologize to Mr. Sakakibara, who approved this fight for me. I will make it up to him when I’m healthy.”

“I am devastated that I would be able to compete this Sunday. I was in great shape and felt as if nothing could stop me. I promise to release this frustration in my next performance, so please look forward to that. I do apologize to the fans who were looking to see me fight. People get sick, fighters get injured. It’s just a part of this business. I hope for a speedy recovery for both Ulka and Justin. When you heal up, I will fight you both.”

It’s hard not to feel for Asakura. His original opponent, Ulka Sasaki was pulled due to illness. And now his replacement opponent, Scoggins, has pulled out due to injury.

As of writing, Asakura has been pulled from the fight card. The show rolls on with 12 bouts as opposed to 13.