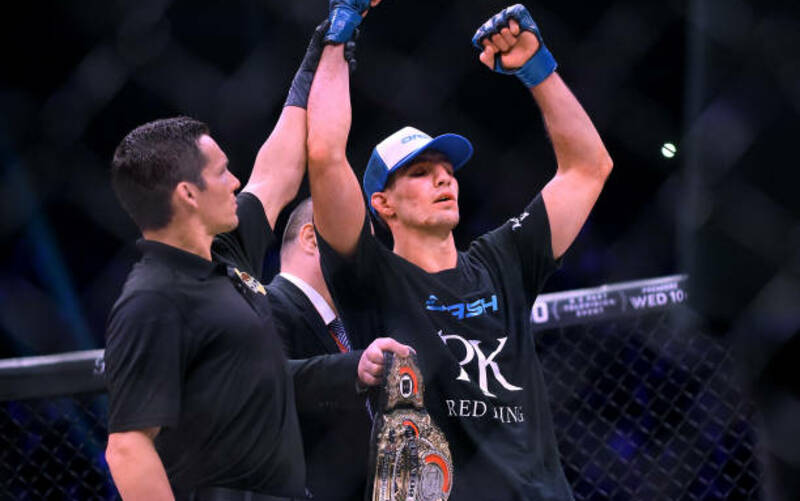 Rory MacDonald is seen by many as a new breed of an MMA fighter. Making his professional debut at just 16, he came into the sport as a mixed martial artist, rather than specializing in one discipline. MacDonald held wins over some of the biggest names in the sport including Nate Diaz, Demian Maia and former champion Tyron Woodley before he received his first title shot in the UFC. Although it took a while, it was certainly worth the wait. In what was a rematch, MacDonald went to war with champion Robbie Lawler at UFC 189. Although he eventually lost the fight, it shot MacDonald into even further stardom. The back and fourth bloody brawl was anyone’s fight going into the final round. In what was the 2015 fight of the year, Lawler stopped MacDonald in the fifth. Many people bring up this fight as one of the greatest MMA fights in history.

Following two losses on the spin, MacDonald signed with Bellator, where he expressed interest in becoming both the welterweight and middleweight champion. Making his debut at Bellator 179, the Canadian dominated veteran Paul Daley, finishing him with a rear-naked choke in the first round. MacDonald then faced Douglas Lima for the welterweight strap at Bellator 192. In what was another back and forth fight, MacDonald had his leg eaten up by Lima throughout. Despite this adversity, Rory MacDonald was able to get a unanimous decision victory to become the new Bellator champion. This marked the first time MacDonald had won a belt in a major organisation, despite being at the top of the sport for so long.

A bout between the welterweight king Rory Macdonald and newly crowned middleweight champion Gegard Mousasi was set for Bellator 206. MacDonald would be stepping up in weight and attempting to become a simultaneous, two weight world champion. This would be a first for the promotion. With both being former UFC stars and world-class MMA competitors, there was a lot of hype around this fight. It didn’t play out exactly how many thought it would, however. Mousasi largely outsized the welterweight champion. Rory MacDonald was dominated throughout the first, eventually getting finished in the second. MacDonald put this down to him simply ‘lacking fire’ against Mousasi.

Rory MacDonald returns to the octagon for Bellator 220 in the main event. MacDonald takes on 40 fight veteran Jon Fitch, in what promises to be a highly competitive match up. Fitch is unbeaten since 2014, having enjoyed a 14-3-1 stint in the UFC. Primarily winning by decision, Fitch knows how to grind out a fight and edge it on the judge’s scorecards, so MacDonald will have to be clever in the way he approaches this bout. What makes this fight a bit more interesting is that it is also for the welterweight belt.

Rory MacDonald has solid jiu-jitsu skills, as well as a varied stand-up game. We can expect him to try and keep this one standing and avoid Fitch’s grasp. We already know what Fitch’s gameplan will be; attempt to get MacDonald to the floor and ground and pound him for 25 minutes. If the ‘Red King’ can avoid this or fight well off his back, it could be a fairly easy night for Rory MacDonald.

The winner of this bout will progress to the semi-finals of the welterweight tournament and wbattle Neiman Gracie. Gracie handed Ed Ruth his first professional loss in their quarterfinal bout.

Competing in his first title defence for Bellator, Rory MacDonald is looking to get back into winning ways. At just 29 years old, he still could go down as one of the greatest in the sport.