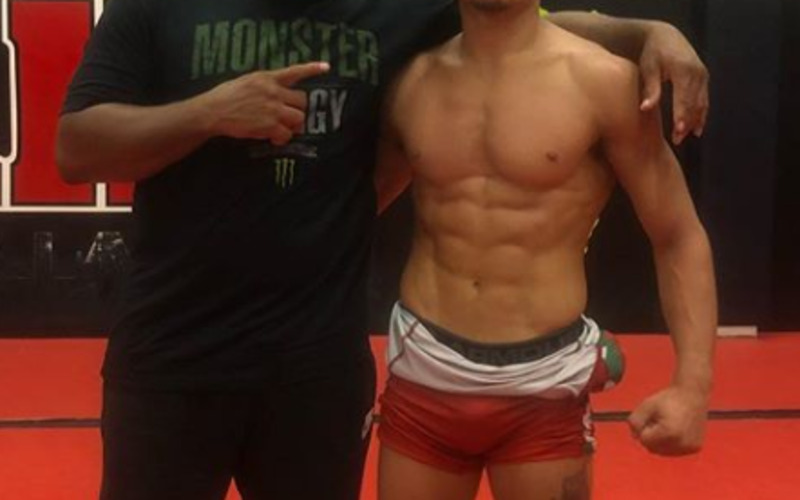 On resume alone, fans have good reason to be excited about featherweight Boris Novachkov making his professional debut for Bellator MMA on April 27th. The Bulgarian-born wrestler was a two-time California state champion, going on to wrestle folkstyle at the Division 1 level for Cal Poly. He placed 7th, 2nd, and 3rd at the NCAA championships in his outstanding career.

Representing his home nation in freestyle, Novachkov has medaled at the prestigious European Championships twice (2014 and 2017). His crowning achievement is placing high in and winning talent-rich qualifying tournaments to be an Olympian for Bulgaria in 2016. Throughout his freestyle career, Novachkov has notched wins over World and Olympic medalists on a regular basis.

But that’s not why I believe Boris Novachkov is going to capture the attention of MMA fans. This is why.

Two time Euro medalist B.Novachkov🇧🇬 has ties to the way of victory 🤔 pic.twitter.com/uYAQC9VjZf

I can’t tell you what is going on in the above clip. No one knows except Boris Novachkov.

Most recently, Novachkov was seen preparing for his MMA debut by…using nunchucks…on the heavy bag.

Don’t worry, Novachkov is still getting traditional training done and keeping his wrestling sharp at the American Kickboxing Academy and Smash Gyms in the Bay Area. His brother Filip Novachkov, another outstanding wrestler, is a consistent workout partner.

Personally, I believe Novachkov’s eccentric methods will take him to a new level of skill and focus in combat.

This clip, in particular, gives me confidence.

Don’t step on the bunny.

At first glance, you may see a shaggy Bulgarian doing barefoot bag work in his backyard. But in fact, this is an advanced footwork drill.

Novachkov has to be able to multitask, hitting the bag, moving his feet, and avoiding stepping on his precious rabbit, Korombo. He has to keep his steps light and intentional, as there are likely sticks and debris in his yard.

Take a look for yourself to see all of the next-generation training techniques employed by Boris Novachkov, and prepare yourself for his MMA debut.

You can catch Boris Novachkov on the preliminary card, most likely broadcast for free on Bellator’s website. Two other Division 1 wrestlers, Phil Davis and Jon Fitch, will be on the card, as well as lifelong wrestlers Benson Henderson and Ilima-Lei Macfarlane.

There has been little fanfare around Novachkov’s MMA debut, but I can see a cult following in the wild man’s future.