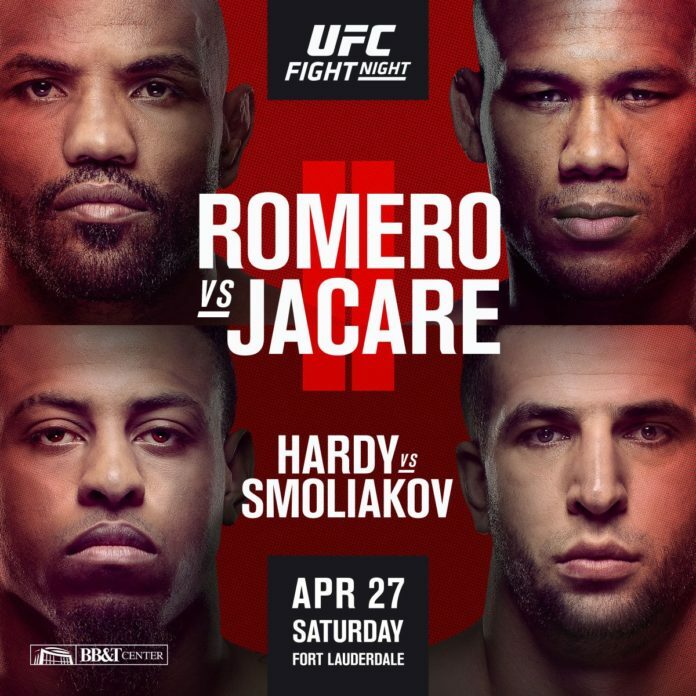 The UFC is back on ESPN+ this week with UFC Fight Nigh 150, live from the BB&T Center in Sunrise, FL! In the main event, Ronaldo “Jacare” Souza will step into the cage against late-notice replacement Jack HermanssonUnderneath the pair, all over the card, people are wanting to make a mark with promoters and fans. With uniforms now de rigeur for UFC athletes, one of the few ways they have left to stand out as individuals is with walkout music. Some have a had low-energy entrances. Others just need a boost for their UFC Fight Night 150 walkout songs. That’s why I’m here. As MMASucka.com‘s resident musicologist, I’m here to offer suggestions that would help these fighters become more memorable as a brand. I’m even doing it publicly, for your entertainment. So, without further ado, here… We… Go!

What he last walked out to: “Victory Lap” – Macklemore and Ryan Lewis

What he should walk out to next: “So What’cha Want?” – Beastie Boys

If you’re a long time reader of the Walkout Consultant, you should know my thoughts on Macklemore by now. So of course I’m going to suggest that Cory Sandhagen switch walk outs. If we’re going to stick with white rappers, then the easiest call here is the Beastie Boys. “So What’cha Want” is instantly recognizable and would make for a great walkout for Sandhagen. You can hear it below.

What he last walked out to: “Raise Up”- Petey Pablo

What he should walk out to next: n/a

Greg Hardy shouldn’t be fighting in the UFC. It’s hypocrisy to claim to stand against domestic violence and keep him under contract. He does not have a right to a job that involves violence given the case that was brought against him. Besides, I don’t care how thin the heavyweight division is, he’s not UFC-caliber anyways. So when his co-main event fight comes up, turn the TV off till the bout is over and listen to some Ithaca instead.