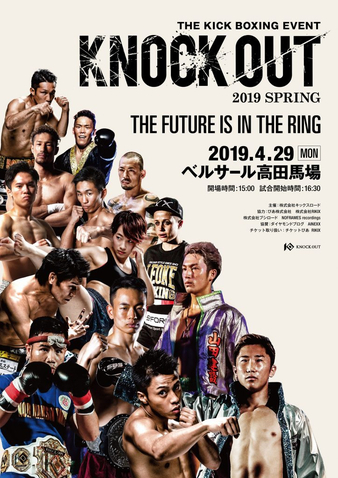 KNOCK OUT 2019 SPRING: THE FUTURE IS IN THE RING – Results

Despite a last-minute main event cancellation, KNOCK OUT 2019 SPRING still delivered the action that fans know and love the Japanese-based promotion for.

RIZIN veteran Issei Ishii was slated to defend his 51kg title against 19-year-old phenom Yoshiho Tane in the night’s main event. Unfortunately, the “Sunrise Prince” would no longer defend his belt on the card due to a last-minute fight cancellation.

The reason for this cancellation was Tane coming in overweight. So Issei Ishii fought in an exhibition match on the card instead. The rules of the contest meant that no one could win, and no one could lose. So it was essentially a sparring session that gave Ishii the chance to go out and do something at all in front of the fans.

Thankfully, the co-main event that was promoted to the nights’s headliner was also a title fight.

Yodlekpet Or.Pitisak took on Chan Hyung Lee in a lightweight championship / tournament bout. Check out the full results for the card below.