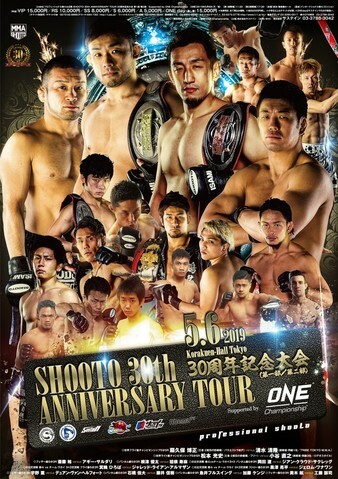 Simply abbreviated to Shooto 0506, this Korakuen Hall show is a good one featuring some tremendous Japanese talent.

The co-main event features a second title fight, this one in the lightweight division. Defending champ Koshi Matsumoto takes on a tough challenger in the form of the UFC veteran Naoyuki Kotani.

Check out the full fight card below, with results updated as the event progresses.