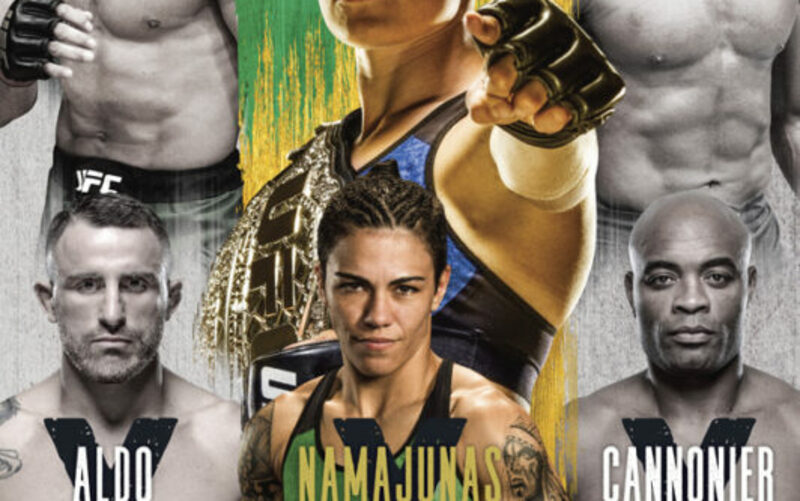 May keeps rolling along and as such, the UFC is back with UFC 237! It goes down live, this Saturday, at the Jeunesse Arena in Rio de Janeiro, Brazil. In the main event, “Thug” Rose Namajunas defends her women’s strawweight belt against Jessica Andrade. Below that, Anderson Silva will attempt to stay on the fringes of the title picture, taking on Jared Cannonier. Still below that, there are a lot fighters on the card who need a little help standing out. With the Reebok policy in place, one of the few ways left to do that is with entrance music. That’s why I’m here. As MMASucka.com‘s resident musicologist, I’m here to offer suggestions that would help these fighters become more memorable as a brand, starting with their UFC 237 walkout songs. I’m even doing it publicly, for your entertainment. So, without further ado, here… We… Go!

What he last walked out to: “Can’t Stop” – Red Hot Chili Peppers

What he should walk out to next: “Midlife Crisis” – Faith No More

I don’t know why the UFC’s music supervisor keeps dropping this ball, but once a fighter has established a signature walkout song, nobody else should be allowed to use it. The ball was dropped again at the TUF 28 Finale when Raoni Barcelos walked out to TJ Dillashaw’s long time entrance of “Can’t Stop” by the Red Hot Chili Peppers. So what should he walk out to if he wants to stand out? Well, for a fighter in his 30s, a cheeky nod to his age might help. Something like the Faith No More hit “Midlife Crisis.” It’s a very distinctive song, guaranteed to help Barcelos stand out. You can hear it below.

What he last walked out to: “God’s Plan” – Drake

What he should walk out to next: “House of Flying Daggers” – Raekwon feat. Inspectah Deck, Ghostface Killah, and Method Man

That Drake curse, it’s real. Somebody should have told Kurt Holobaugh, because he hasn’t been listening when I’ve talked about it. So what should he walk out to next? Well, I’m thinking something like “House of Flying Daggers” from Wu-Tang Clan member Raekwon. You can hear it below.