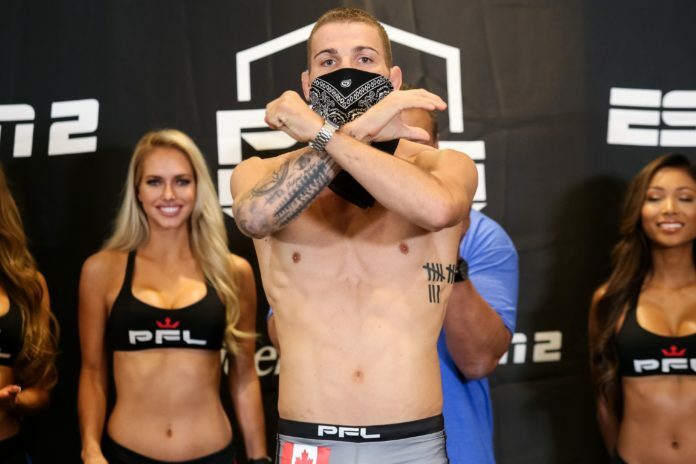 Week 2 of Season 2 of Professional Fighters League goes down on Thursday from the Nassau Veterans Memorial Coliseum. The official PFL Season 2, Week 2 Weigh-In went down on Wednesday afternoon and there was plenty of action.

Alexandre Bezerra was expected to take on Jeremy Kennedy, however, the Brazilian weighed in at 155-pound, which is nine-pounds over the sanctioned weight. Kennedy will now take on Luis Rafael Laurentino, who was also left without an opponent as Alexandre Almeida missed weight by one pound.

That wasn’t all that went down. A third Brazilian was forced off the PFL card, as Ronys Torres was not medically cleared by the New York State Athletic Commission for undisclosed reasons. His opponent, Ramsey Nijem, will now move onto the second round of the featherweight tournament and be awarded three points.

Check out the official weigh-in results and updated fight card below.