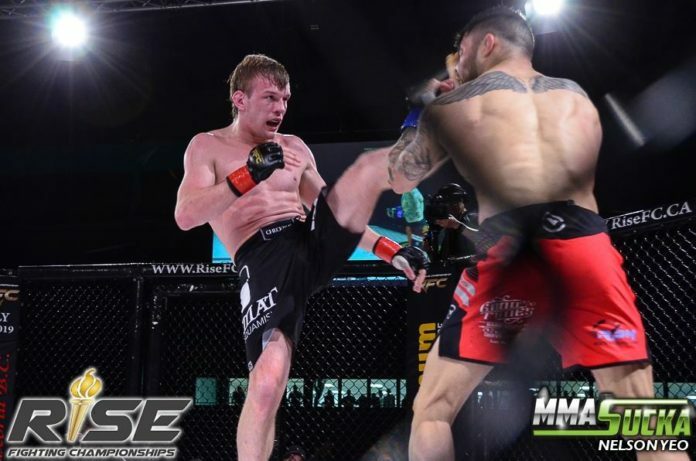 One of the most exciting featherweight’s to step inside the cage, Josh Kwiatkowski, will make a trip to Eastern Canada and move up to lightweight. The Checkmat Vancouver product will face Blair Oster in a 155-pound match-up at Modern FC 3.

Kwiatkowski (1-2) is known for fireworks when he steps foot in the cage. However, those scrappy bouts sometimes get the 25-year-old into some hot water. The highly decorated amateur won his professional debut and has since gone lost back to back fights. At XFFC 18, “The Juggernaut” went to the judges scorecards and fell short against Cleve Bentley. Most recently, the British Columbia native lost a split decision in a very tight match-up against Las Vegas based product Jorge Alcala at Rise FC 3.

Oster (4-5) has been on the pro scene since 2011. He’s fought at a number of different weight classes over the course of his career. He started off with a bang, going 2-0 to begin his professional tenure. However, after that the Saskatoon native lost four fights in a row. The 37-year-old bounced back with a victory and is 1-2 in his last three contests. All four of “The Bully’s” victories have come via first round stoppage.

Modern FC 3 goes down on June 7, 2019 from Saskatoon, Saskatchewan.