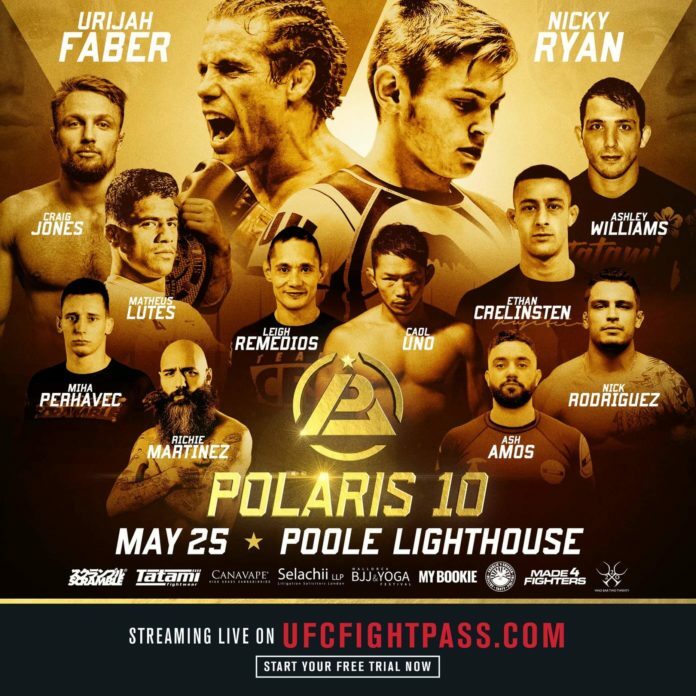 Polaris 10 is set take place Saturday May 25, 2019 on UFC Fight Pass from Poole, United Kingdom. The main event is a featherweight title clash as UFC Hall of Famer Urijah Faber takes on BJJ sensation Nicky Ryan. The co-main event will feature Craig Jones in a middleweight title bout with Matheus Lutes. The card is packed with amazing talent with competitors such as Caol Uno, Ash Williams, and Richie Martinez among many others. You can catch the event at 4:00pm EST/3:00 CST.