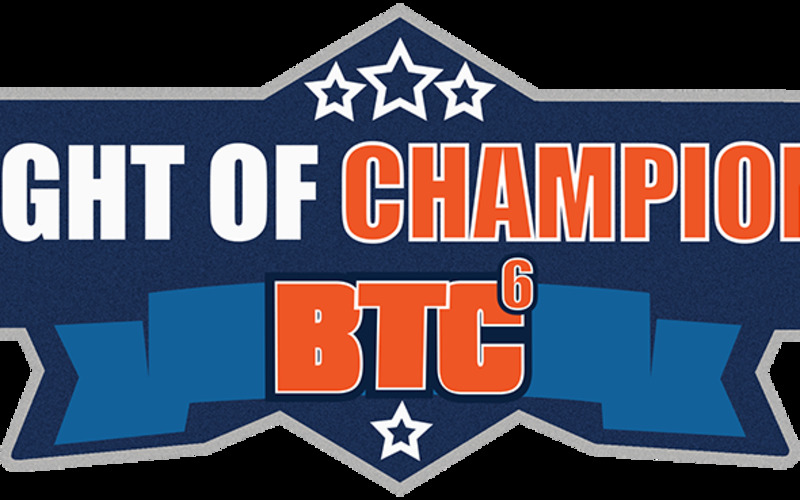 BTC 6 goes down Saturday, June 1st at 6:00 PM ET.  The event emanates from Central Arena in Burlington, Ontario. There’s a trifecta of title fights at the top of the card and all throughout, the crowd will be treated to several surging prospects. Young fighters are hungry to perform in front of partisan fans who were long inconvenienced by the lengthy period of dormancy on the Ontario MMA scene. Full BTC 6 breakdown can be found below.

165 lb Championship Up For Grabs

In a move to normalize the idea of a 165 lb weight class, BTC is doing their due diligence by booking another super lightweight title fight. Prior BTC super lightweight champion Kyle Prepolec got a UFC call up shortly after capturing the belt, so there are increased stakes here. The man Prepolec defeated for that belt will get a second crack as Scott Hudson returns to the BTC cage. Hudson is getting in there with Dawond Pickney who is entering the cage here for the 29th time as a Pro.

Hudson has won back to back fights since the Prepolec loss, both of which came under the BTC banner. Pickney is 2-5 in his last seven and getting ready to make his promotional debut. That being said, Pickney has experience on stages like Bellator as well as M1 Global and has finished 50% of his career wins via striking-based stoppage.

The key for Pickney is to use composure and tap into his veteran savvy. Hudson would be well off using his athleticism and letting himself become galvanized by the partisan crowd.

With sitting title holder Rayanne Amanda injured, Lindsay Garbatt and Cheyanne Vlismas vie for the BTC interim strawweight championship. Garbatt is 1-1 with Amanda so a rubber match for the undisputed title could pan out. Looking to halt that trilogy bout is Vlismas, who comes in with LFA and Invicta FC experience. For both women, it’s their first MMA bout of 2019 so they’ll presumably be chomping at the bit to get at it.

Garbatt is one of the most decorated women boxers in Canadian history. However, she has been leveling up her grappling skills fight to fight. Based on past bouts of Vlismas, she functions well in the grappling exchanges and can posture up while on the ground to generate meaningful strikes. It will be intriguing to see who can implement their game plan at BTC 6.

The promotion will crown their first Men’s 125 lb champion at BTC 6. James Clarke and Dave Henry have a commensurate amount of experience heading into this. Both are riding two fight win steaks but an interesting facet to this fight is Henry’s hiatus. Henry has not competed in a cage since November 2016. In fact the last time Henry fought, Clarke hadn’t even made his pro debut yet.

The advantages for each may well lie in Henry using his striking abilities and Clarke using his submission grappling skills. Both are well rounded though. So, it seems we’re in for a multi-faceted fight to crown the first BTC flyweight champion.

Ontario’s number one ranked featherweight per Tapology, Serhiy Sidey, will be in action against Paul Fisher at BTC 6. Also, Julius Trimmeliti rematches Kyran Cameron with Trimmeliti looking to get revenge. Trimmeliti lost in an Amateur MMA fight to Cameron via guillotine choke. Former BTC lightweight champion Adam Assenza is looking to rebound from losing his title to Jason Saggo, when he clashes with LFA and Titan FC vet Thomas Webb.

There are a few more fun fights with up and comers that underpin the rest of the card. If you can’t be live and in-person for BTC 6, you can check out the fun via live stream over at btcfight.ca.