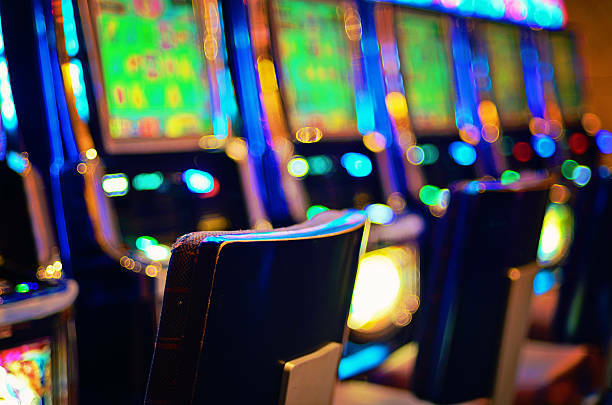 Mixed Martial Arts (MMA) is fun to practice and watch on television.  Back in the 1990s, Royce Gracie was nearly unstoppable with his impeccable skill as a Brazilian Jiu-Jitsu black belt.  Now, we hear about Conor McGregor, Ronda Rousey, Anderson Silva, Fedor Emelianenko, and many others.  Since then, Mixed Martial Arts has evolved to the point where MMA has become one of the most popular sports globally.  Along with its popularity, comes partnerships with arcade games, and even online slots for real money in the US.  In this article, we are going to discuss the best MMA/Fighting themed slots.

With so many online slot machines to choose from, what are the best games to play?  Well, if you are interested in finding the best MMA/Fighting themed slots, you are in store for some fantastic finger tapping entertainment!  After all, with fighting themed slot machine games, you get the excitement of betting real money while spinning the reels watching your favorite UFC fighters.

The first title in the top MMA/fighting themed slot games is “UFC.” Currently, The Ultimate Fighting Championship is worth seven billion dollars.  Without a doubt, some software providers were going to produce a UFC /fighting themed game. Endemol gaming software was the first company to produce and license the UFC based electronic gambling game that has five reels with twenty pay lines.  With a 93.99% return to player percentage, the most you can win playing this slot machine 1,000 coins.  However, UFC slots come with even more winning opportunities.  For instance, when you score three to five matching combinations, you will trigger the “Training Bonus” and the “Fight Night Bonus.”

The next best MMA / fighting game on the list is the Mike Tyson Knockout slot machine.  Back in the 1980s, Mike Tyson (also known as Iron Mike) dominated the boxing ring. Early in his career, he knocked most of his opponents out within the first few rounds.  Besides his incredible knockout power, he also could dodge, duck, and weave and create angles, which set up even more knockout opportunities.

This title offers the ultimate gameplay plus they do a great job of depicting Mike Tyson as the “The Baddest Man on the Planet.” While it is a slot machine, it feels like an arcade-style video game that you would be able to play on your PlayStation, Xbox, or other gaming consoles.

Once you open the game, you select how much money you want to wager per spin. After that, you either click “spin” or ‘auto spin’ and join Iron Mike in the ring to battle for the Heavyweight title.  The more you knock people out, the more free spins bonus rounds you trigger, which leads to bigger and better payouts to the point where you can trigger the 10X multiplier!

Last but not least on our list of the best MMA and fighting slot machines is Lucha Libre 2 from Realtime Gaming.  This game is the sequel to the first Lucha Libre (which means Mexican Wrestling in Spanish).  The first version was such a hit; In 2018, Realtime Gaming released the sequel to this new Mexican wrestling-themed slot game.  After you set your bets and click spin or auto spin, you can set into the wrestling ring to battle for Championship belts that come with a colossal heavyweight jackpot.

The Lucha Libre 2 slot machine is available to play on mobile Smartphones and tablets.  This impressive title comes with incredible three-dimensional graphics that offer an immersive gaming experience.  If you get lucky, you may trigger a bonus round like the ‘Time to Rumble Feature’.  As a result, you can select your top fighter and defeat your opponent, which results in winning real cash prizes.

In conclusion, all three of these MMA/fighting slots are fun to play and offer big chances of winning real money.  Before you jump and start playing for actual cash, you should claim a free spins bonus and try these games out without taking money out of your pocket. 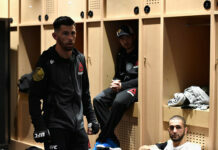 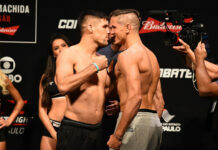 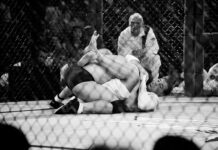