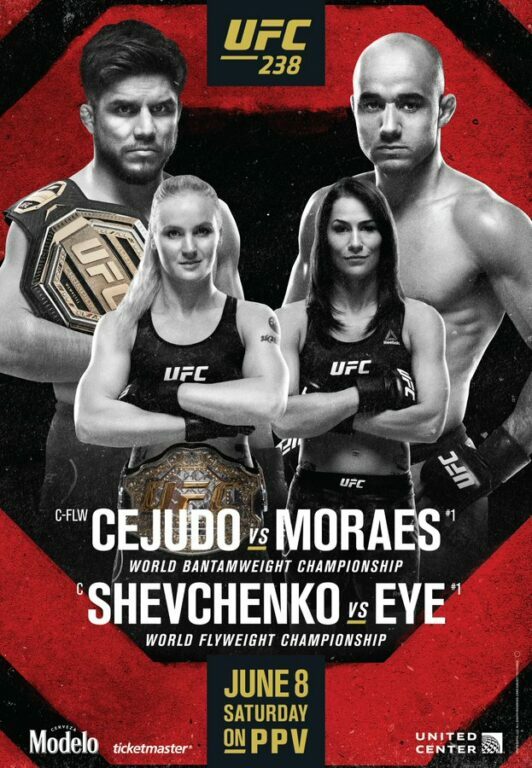 The UFC returns to Chicago, IL this weekend with UFC 238! In the main event at the United Center, Henry Cejudo squares off against Marlon Moraes for the vacant UFC Bantamweight Championship. Below that, Valentina Schevchenko will defend her flyweight title against Jessica Eye. Still below that, there are a lot fighters on the card who need a little help standing out. With the Reebok policy in place, one of the few ways left to do that is with entrance music. That’s why I’m here. As MMASucka.com‘s resident musicologist, I’m here to offer suggestions that would help these fighters become more memorable as a brand, starting with their UFC 238 walkout songs. I’m even doing it publicly, for your entertainment. So, without further ado, here… We… Go!

What he last walked out to: “Won’t Back Down” – Tom Petty

What he should walk out to next: “Been Caught Stealing” – Jane’s Addiction

I called Calvin “The Boston Finisher” Kattar out for this last fight: You do not try to establish someone else’s signature walkout song as your own. Seriously, if this keeps up, I’m gonna snitch-tag Chris Weidman on Twitter about this. So, what should he walk out to instead? Well, how about “Been Caught Stealing” by Jane’s Addiction? Hey, he keeps trying to steal Weidman’s signature walkout. You can hear it below.

What he last walked out to: “Heads Will Roll (A-Side Remix)” – The Yeah Yeah Yeahs

What he should walk out to next: “Dragon Queen” – The Yeah Yeah Yeahs

This one is a little sticky, because both Kaitlyn Chookagian and Tatiana Suarez walk out to version of the same song, “Heads Will Roll” by the Yeah Yeah Yeahs. Suarez walks out to the original version, while Chookagian walks out to the remix. Now, since Suarez is positioned higher on the card, I suggest that deference should be shown to her and Chookagian should walk out to a different song. Keep it to the same band, another option would be the funkier “Dragon Queen.” You can hear it below.