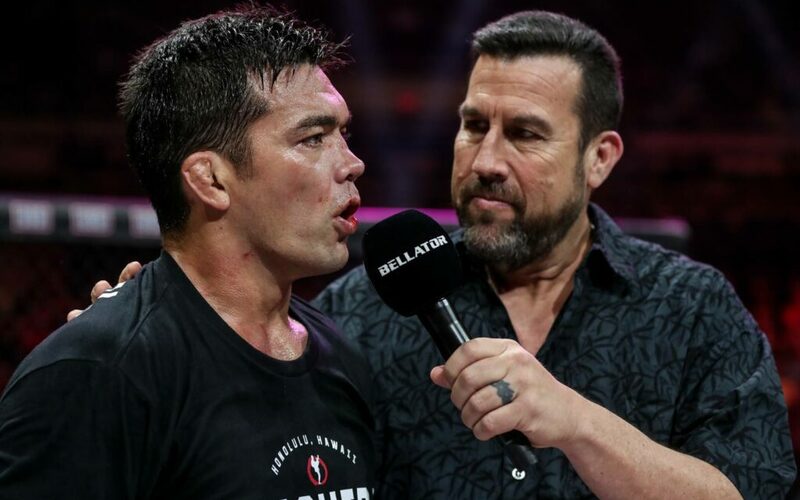 Bellator 222 marks Bellator’s return to the Mecca of fight sports – Madison Square Garden. Taking place on June 14th, the promotion is bringing arguably their strongest card in history. Headlining the card is a welterweight title fight, which is also the semi-final of the Welterweight Grand Prix. It also features a middleweight bout between two of the most recognizable names in the sport. A cross-promotional bantamweight title rematch joins these two epic fights on the main card. Kicking off the main card is one of the most controversial stars in the world of MMA.

Along with an extremely solid preliminary card, Bellator 222 promises to provide an epic night of entertaining fights. We look at some of the biggest fights on the card and highlight some of the sleeper fights further down the card in this preview.

The main event of Bellator 222 will be contested between welterweight champion Rory MacDonald and grappling phenom Neiman Gracie. Not only will this fight be for welterweight championship, but it is also the semi-final of Bellator’s welterweight tournament. MacDonald drew with Jon Fitch in his opening round match-up. Some thought MacDonald lost the bout, but despite this, he still progressed as champion. The undefeated Gracie has eight submissions in his nine wins. Most recently he defeated wrestling sensation Ed Ruth via rear-naked choke in their first-round bout.

Despite his prowess on the ground, MacDonald should look to keep this one standing as he was largely dominated in the wrestling department by Fitch their bout. Although Gracie doesn’t have the wrestling game of Fitch, he has a much stronger jiu jitsu base. MacDonald’s experience within the octagon cannot be overlooked either. Turning pro at just 16, ‘The Red King’ has a record of 20-5-1 and has competed for the UFC welterweight championship. Although Gracie has just nine fights, he has a wealth of experience competing at a high level in BJJ.

The winner of this bout will face Douglas Lima in this final of the Welterweight Grand Prix. Lima progressed to the final after defeating Michael Venom Page by devastating knockout in their semi-final bout. Speaking to MMASucka, Lima stated that he wanted to rematch MacDonald in the final, stating ‘that would be huge’.

Legends Clash in the Co-Main

The co-main event sees former UFC light heavyweight champion Lyoto Machida against Chael Sonnen. Riding his first three-fight win streak since 2009, Machida made a successful transition to Bellator against Rafael Carvalho. Machida is also stepping up to 205 for the first time since 2013. Sonnen is also returning to light heavyweight after his stint at heavyweight in the Grand Prix. Despite defeating Rampage Jackson at heavyweight, Sonnen was finished by Fedor Emelianenko in the semi-final.

This fight is a classic striker vs. grappler match-up. Sonnen, the former NCAA Division 1 wrestler has the advantage in the grappling department. This isn’t to say that Machida is a slouch on the floor, however. Machida holds a black belt in BJJ, meaning he can handle himself on the ground. He also has a marked advantage in the stand-up department. As a 3rd-degree black belt in karate, Machida has some of the most viral knockouts in MMA history, notably against Randy Couture and Vitor Belfort. It is also worth remembering that Machida holds a knockout victory over current Bellator 205-pound champion, Ryan Bader.

Horiguchi will be making his promotional debut but don’t expect the moment to get to him, as he’s 29-fight MMA veteran, with eight UFC outings. Included in these eight UFC fights was a flyweight title bout with longtime champion Demetrious Johnson. Since that loss in 2015, Horiguchi is undefeated, currently riding a 12-fight winning streak.

Caldwell is a 12-fight Bellator veteran, capturing the belt from Eduardo Dantas in 2017. Having notched a four-fight win streak prior to running into Horiguchi in Japan, Caldwell will look to get back into winning ways in New York.

The Return of El Jefe

Bellator 222 also sees the second professional MMA fight of one Dillon Danis. The controversial BJJ star made his professional debut at Bellator 198, defeating Kyle Walker by toe hold in the first round. The New York native is a close friend and training partner of Conor McGregor and arguably came into the MMA limelight during the build-up to UFC 202. The outspoken Danis has called out a number of different MMA fighters online. These include Ben Askren, Jon Jones and Kevin Lee. Despite this, his opponent at MSG is Max Humphrey. Humphrey’s (3-2 MMA) last outing was over in just 16 seconds, where he was knocked out.

We can expect the brash New Yorker, who is trained by SBG coach John Kavanagh to look to implement his jiu jitsu game. The Marcelo Garcia black belt is an IBJJF gi and no gi champion and has unprecedented ground skills at this level. In his debut, his stand-up didn’t look all that sharp and we’re expecting an improvement in this department.

With a strong main card and interesting prelim card, Bellator 222 is sure to entertain. Keep an eye out on MMASucka for more fight week content, our picks and event results!