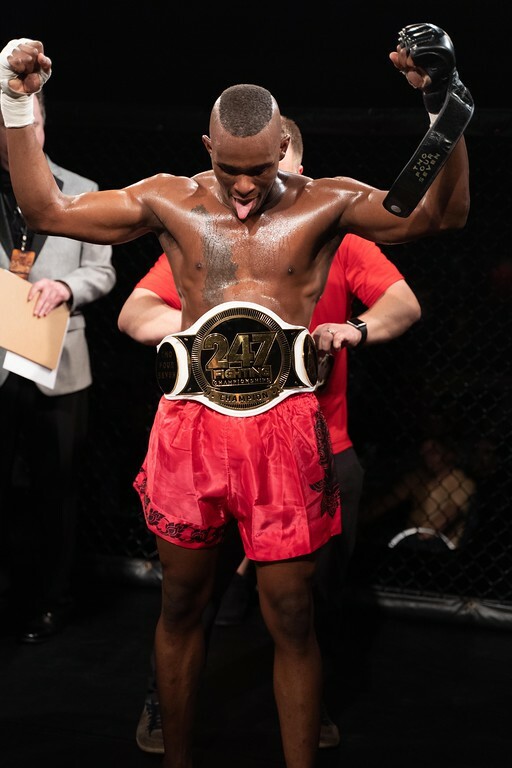 Following their very successful debut event, 247 Fighting Championships is holding their next event in July. Brawl in the Burgh is set to take place from the Printscape Arena in Canonsburg, Pennsylvania on July 27. The promotion has officially announced their main event for the card. Fan favorite Khama Worthy (13-6) will put his lightweight championship on the line against Chicago’s Adam Ward (18-12).

Khama Worthy is a superhero in the Pittsburgh MMA scene. The top ranked lightweight in Pennsylvania, Worthy won the promotion’s lightweight strap in the main event of their inaugural event. He defeated Nebraska’s Joey Munoz to claim the title, and will be looking to defend his belt successfully. Riding a four fight win streak, Worthy is looking for a breakthrough moment to get noticed by the major MMA promotions. Leading up to and following his victory over Munoz, Worthy has been vocal on social media about fighting in the UFC, One Championship, or Bellator. Training out of his own gym, The Academy, Worthy is absolutely on the brink of cracking into those promotions, and his fight with Ward could be the last step towards achieving his long time goal.

Adam Ward will be looking to spoil Worthy’s moment at Brawl in the Burgh, and the Gilbert Grappling product has the skills and experience to do so. One of Illinois’ top lightweights, Ward has fought for promotions such as Bellator and World Series of Fighting. He is no stranger to fighting guys with the skills of Worthy, as he has shared the cage with numerous UFC fighters including Alex White, Rick Glenn, and Jordan Griffin. Ward last lost via unanimous decision at Bellator 221 in May, and will be looking to get back in the win column in a big way.

Stay tuned in here at MMASucka leading up to Brawl in the Burgh, as we will be the leading source for fight announcements, interviews, previews, and results. Fight announcements will start to roll in in the coming weeks as the event approaches. So far, there have been two fights announced. Kyle Beaver will take on Julian Flenory in an amateur middleweight bout, while Sydney Ross will battle Amber Blevins in the promotion’s first ever women’s MMA contest.

Amanda Ribas vs. Angela Hill Targeted for May 8th