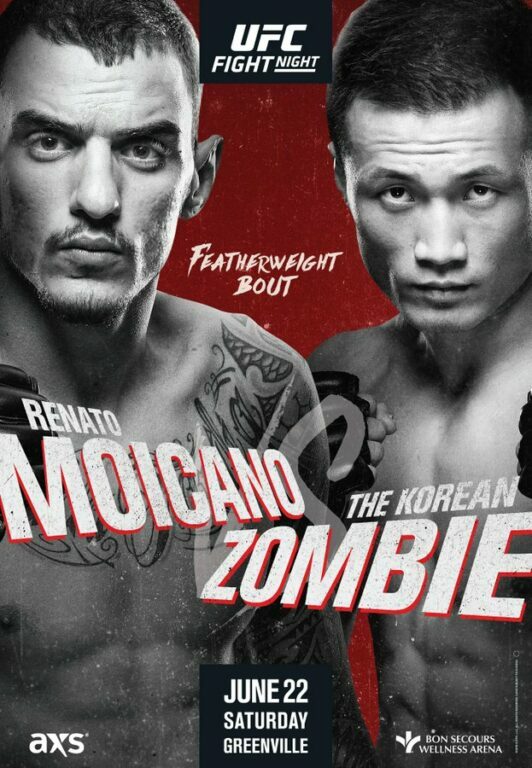 The UFC will be live in Greenville, SC this weekend for UFC Fight Night 154! Topping the card at the Bon Secours Wellness Arena will be a featherweight bout between “The Korean Zombie” Chan Sung Jung and Brazil’s Renato Moicano. Below that, Rob Font and John Linneker will square off at bantamweight. Still below that, there are a lot fighters on the card who need a little help standing out. With the Reebok policy in place, one of the few ways left to do that is with entrance music. That’s why I’m here. As MMASucka.com‘s resident musicologist, I’m here to offer suggestions that would help these fighters become more memorable as a brand, starting with their UFC Fight Night 154 walkout songs. I’m even doing it publicly, for your entertainment. So, without further ado, here… We… Go!

What he last walked out to: “Middle Child” – J. Cole

What he should walk out to next: “Old Town Road – Remix” – Lil Nas X feat. Billy Ray Cyrus

Sadly, Kevin “The Trailblazer Holland has been anything but ahead of the curve in terms of walks out. After all, two other fighters have walked out to “Middle Child” in calender year 2019. So, which way should the young Texan go? Well, shockingly enough, nobody’s walked out to Lil Nas X’s smash hit, “Old Town Road.” So, it’s time for Holland to live up to his nickname and bring a little of his home state yee-haw with him to the cage. You can hear the song below.

What he last walked out to: “Midnight” – Coldplay

What he should walk out to next: “A Day in the Life” – Handsome Boy Modelling School feat. RZA, the Mars Volta, A.G., Good Hygeine, & Tim Meadows

It’s been five years since “Handsome” Matt Wiman last fought, and in that time I hope he’s thought about a better walkout song than something from freakin’ Coldplay. Look, he wants to be “Handsome,” then we stay on-brand. Something like the swaggering “A Day in the Life” by Handsome Boy Modelling School with a plethora of guests. You can hear it below.