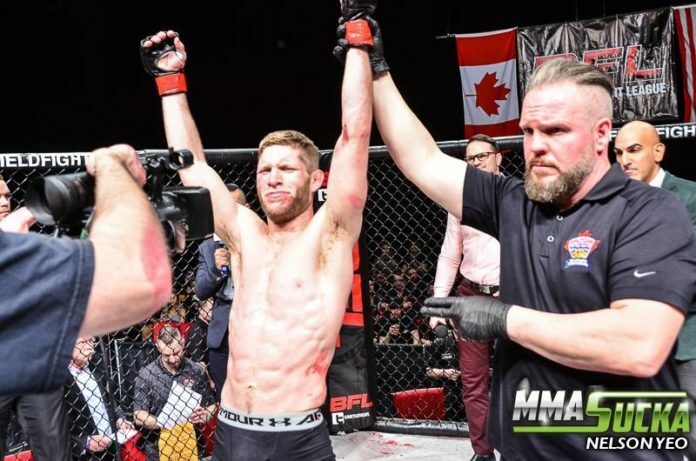 UFC Bantamweight and British Columbia’s own Cole Smith will be making his sophomore appearance in the Octagon in front of his home province at UFC Vancouver. The undefeated prospect will step inside the cage against Miles Johns.

News of the fight was dropped by Mike Heck for FloCombat.com. As of Tuesday morning, UFC has yet to officially announce the bout.

Smith (7-0) made a splash on the local scene, as the Battlefield Fight League bantamweight kingpin. The 30-year-old signed with the pinnacle mixed martial arts promotion earlier this year and made an impressive Octagon debut against Mitch Gagnon at UFC on ESPN+ 9.

Johns (9-0) earned a spot on the UFC roster by winning a decision against Richie Santiago at Dana White’s Tuesday Night Contender Series in late June. The Fortis MMA product earned the LFA bantamweight championship against Adrian Yanez prior to getting his shot on DWTNCS.