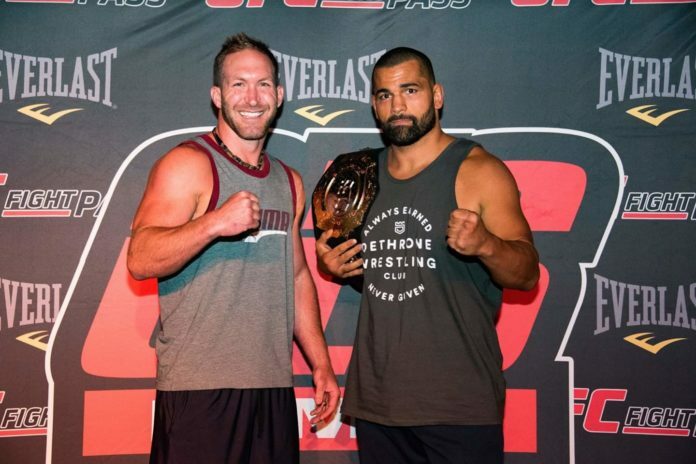 In a matter of hours, mixed martial arts returns to the state of Rhode Island and Twin River Resort and Casino. The CES promotion brings its cage back to the Twin River Event Center for CES 57. Recently the long-time staple of New England MMA traveled west to the adjacent state of Connecticut where the organization held two mixed martial arts events both held in Hartford, Connecticut at the Hartford Convention Center.

This return for the organization matches the narrative of the matches set for CES 57. Greg Rebello returns to CES after two failed bids at a UFC contract on Dana White’s Contender Series (Season 1 & 2). Following the disappointing results in Las Vegas, Nevada, Rebello announced a brief retirement. Not too long after the recent retirement, Rebello reentered his name into the fold and has searched for an opponent since. At CES 57 he found one in Kevin Haley.

On the main card is a fight that presents a different narrative. While it represents the return of former CES title challenger, Kris Moutinho. CES 57 is the first bout since the Milford fighter battled Tony Gravely for the promotions bantamweight title. On the opposite end of the cage Moutinho will find the gaze of veteran Johnny ‘Cupcakes’ Campbell. A staple amid the New England mixed martial arts circuit, Campbell is one of the most active and successful fighters within the New England region. For Campbell, CES 57 is the first time competing inside the CES cage since 2016.

Both competitors in this matchup are among the best unsigned talent in the area. Fittingly, the winner could place themselves into title contention. With current CES bantamweight champion Tony Gravely preparing for his bout on Dana White’s Contender Series Week 8, the importance of this matchup is evident.

This matchup can be depicted as a young gun vs. a hardened veteran. Campbell holds around 30 professional fights under his belt while Moutinho has 10. Additionally, the two camps behind the fighters are fairly familiar.

In his most recent cage appearance, Johnny Campbell took on Jose Lugo. Lugo, a teammate of Moutinho, lost via second round submission in what was a dominant performance from Campbell.

Also on the card, CES fan favorite Dinis Paiva returns. In his return the hard hitting bantamweight takes on Antonio Carlos Jr.. In the middleweight division, Pat McCrohan takes on Andre Hall and Tateki Matsuda battles Matt Almy in the flyweight division. While the card has many intriguing bouts, it suffered from the cancellation bug. High profile prospects, John Douma, Brendan Marotte, and Daruis Estell fell from the card.

CES 57 takes place live from Lincoln, Rhode Island at the Twin River Event Center inside the Twin River Resort and Casino. The main card of the event airs live on UFC Fight Pass at 8 pm EST.