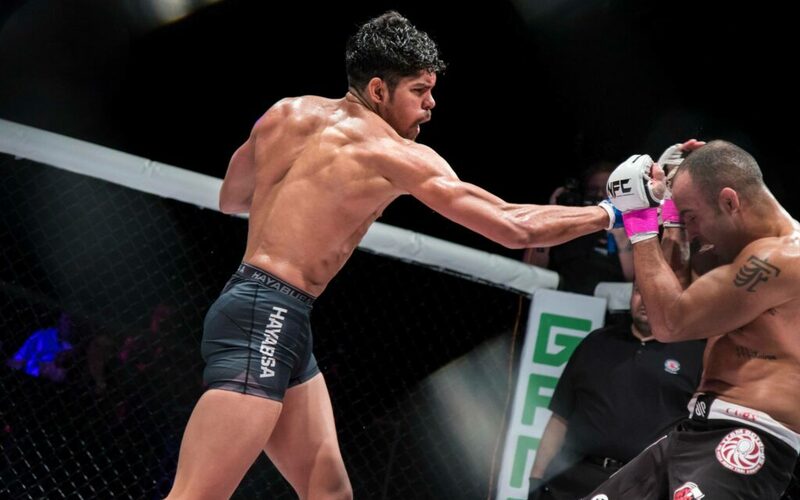 Aalon Cruz is a professional mixed martial artist touting a record of 7-2, fighting out of DEFWAR MMA in Tampa, Florida. After winning his last three fights, two by finish and one by decision, he earned himself a fight on Dana White’s Tuesday Night Contender Series. Cruz will face Steven Nguyen, who is unbeaten. He was nice enough to answer a few questions ahead of his UFC job interview.

Get to Know Aalon Cruz Ahead of His UFC Job Interview

Which fight/fighter catapulted your love for MMA?

“Tito Ortiz was a huge inspiration for me when I was 16. I watched his fight against Ken Shamrock, I was fascinated with the lead up, the trash talk, etc. Then after Tito won the fight, they both hugged and brushed aside everything prior to the fight. In that moment, the amount of respect they had for each other made me tear up. From then on, I was hooked and I thought it was one of the greatest sports ever.”

How has MMA changed your life?

“MMA has changed my life completely. Really, the complete martial arts aspect of it: the discipline, hard work, dedication, and honor. I’ve gained more confidence as a person and carry myself in a different way than I did before. I will definitely continue martial arts even after I retire so I can give back what I’ve gained from it.”

How is your weight cut going? Anything out of the ordinary?

“My weight cut is going as well as it can be. It’s never a fun time and for me a tough three weeks, but it’s a necessary part of the sport and I just make sure to be smart when I am in the process of it. I did discover Sweet Sweat while being out here, and it definitely helps the sweating haha!”

For those unfamiliar with Sweet Sweat, it is a workout supplement that prompts sweat during a workout.

How did Dana White’s Tuesday Night Contender Series get into contact with you?

“My manager (Daniel Rubenstein from Ruby Sports and Entertainment) sent me a text and shared the news that I would be on the card in July, along with the name of my opponent. We had been waiting for a month or so to find out whether or not we’d be able to get on the card, otherwise we would have looked for another fight.”

You’re on a three fight win streak. How important is it to ride that momentum into this fight?

Any prediction for the fight?

“I don’t have a prediction per se. I just go out there looking for the win regardless of the outcome, but I am always looking for a finish. If it comes, then so be it. If not, then I can still guarantee that it will be exciting. I don’t believe I’ve ever been in a boring fight, which I contribute to my fighting style.”

What can MMA fans expect from you?

“My friends, family, and supporters know to expect an exciting fight regardless of the outcome. I always fight to finish, and try my hardest every time. I just hope everyone can appreciate my style of craft and enjoy two martial artists putting it all on the line for a contract on Tuesday night!”

Writer of anything and everything MMA. Fan of the Dallas Cowboys. Just a guido with a gold chain.