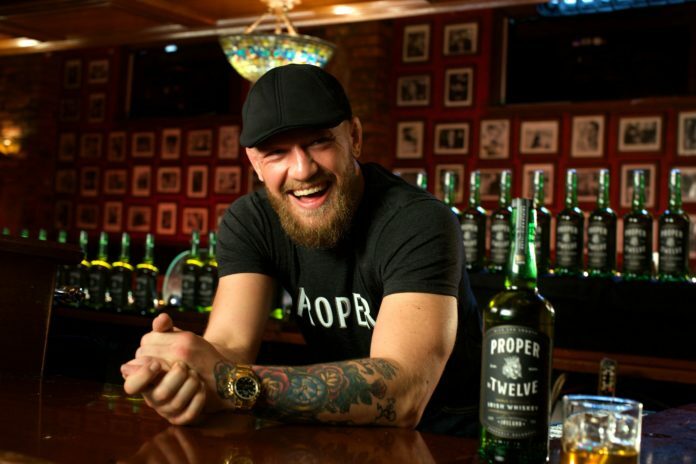 The pride of Ireland, Conor McGregor launched his whiskey brand, Proper No. Twelve less than a year ago. It had record-breaking sales in the United States, the United Kingdom, Australia and the former UFC champion’s home country of Ireland. The whiskey is now available in Canada.

“I am proud to bring Proper No. Twelve to Canada where many of my fans and friends live.  Many thousands of Canadians have asked for Proper, and we have now delivered our delicious blend of golden grain and single malt. This is pure liquid gold aged four years in Bourbon barrels,” said McGregor, Founder & Chairman of Eire Born Spirits.

Proper No. Twelve is Now Available in Canada

The record-breaking whiskey is now available in Ontario, British Columbia, Alberta, Saskatchewan, New Brunswick and Yukon Territory, and will be available in remaining provinces and territories soon.
McGregor added, “Proper No. Twelve is a Proper Irish Whiskey from a Proper Irish Man!  The name Proper No. Twelve pays homage to where I was born and bred in the Dublin suburb of Crumlin, Dublin 12 – it is a proper whiskey and Twelve is where it began for me.  My success can be traced from the lessons I learned growing up in D12, the values of loyalty and hard work, the ‘One For All’ mentality.  It is a brand made for all, not the select few.”

Below is a statement from the official press release.

The Irish Whiskey had one of the most successful spirits launches in history and has proved its staying power selling 200,000 cases in its first six months on the market. The brand has the highest social following of any wine & spirit brand in the world boasting 632k+ followers (and counting) through social engagement with exclusive content and videos created by McGregor himself.