We are two weeks away from the golden show of KSW, KSW 50, which is set to take place Saturday September 14, 2019 in London, England. The event can be seen worldwide on ksw.tv. Two of the title fights slated for the evening have had late-second opponent changes. As KSW is famous for, they were able to save the bouts and find outstanding replacements.

KSW newcomer Damian Grabowski, who won his KSW debut at KSW 49, was forced to withdraw due to a hand injury. In his place, the big Brazilian submission specialist, Luis Henrique, steps up for his shot at gold. Henrique was also victorious in his promotional debut winning via guillotine choke at KSW 49. His last five victories in a row all consist of submission victories. Henrique is a seasoned veteran with a 12-5 professional record as well as a handful of bouts in the UFC. Similar to Henrique, the champion Phil De Fries has many victories to his name via submission, namely guillotine choke and keylock similar to Henrique. Though Henrique is a replacement, he is no less of a dangerous opponent for De Fries and should not be taken lightly.

The Zombie Returns for a Crack at Gold Late Notice

Norman Parke (27-6-1) was originally set for a lightweight interim title showdown with Marian Ziolkowski (21-7-1) but Marian was forced to step down to a knee injury. In steps another Polish fighter, Marcin Wrzosek (14-5), known fondly to fans around the world as The Polish Zombie. The Polish Zombie was last active in March 2019 where he was victorious via unanimous decision at KSW 47: The X-Warriors. His nickname has been earned with his relentless pace and action. Both of these fighters are normally “decision” fighters but it is because of the high pace they push onto their opponent. With two fighters who like to be in control and push the pace, this could be a setup for a huge explosion and the winner walking out with the interim title.

Polish Olympic wrestler Damian Janikowski has been on a two fight skid after winning his first three bouts in MMA. He continues to take on tough competition as Janikowski is tasked with battling hometown favorite, Tony Giles (6-1.) Giles’ lone loss came in his debut in 2009. Since his return to action in 2012, Giles has defeated all of his opponents via first round knockout. This bout could easily sport the knockout of the night winner. There definitely is not much to show this bout getting out of the first round. This will be the fire-fight the fans came to see.

Other Big Names on the Card

Former welterweight champion Dricus Du Plessis returns to the KSW cage for the first time since dropping the title in October 2018 to take on Joilton Santos Lutterbach at KSW 50. JSL is currently on a six fight winning streak with four of those via finish. He is also a veteran of almost 40 professional bouts all since 2011. JSL can finish the bout a multitude of ways making for an interesting debut against the former welterweight king. Du Plessis’ kickboxing games makes him extremely dangerous and able to end the bout at any time. Every single one of Du Plessis’ 12 victories have been finishes. Do not look for the judges to need to get involved in this bout. In impressive win bout be a fast-track to the champion Roberto Soldic. For Du Plessis, it would make a rubber-match.

KSW mainstay, Antoni Chmielewksi (32-17), will compete against Jason Radcliffe (15-7.) Chmielewski has been with the organization since KSW 2. The veteran of nearly 50 professional bouts will be entering the cage with the dangerous British Phuket Top Team fight in Radcliffe. Radcliffe is one of the top middleweights in Europe. He is coming off of a first round knockout at Cage Warriors 106 in June 2019. All 15 of Radcliffe’s victories are via finish making for another intriguing matchup that could end very early.

Stay tuned for any additional KSW or KSW 50 news! 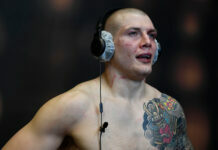 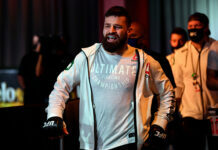