A Long Road to the UFC for Tristan Connelly 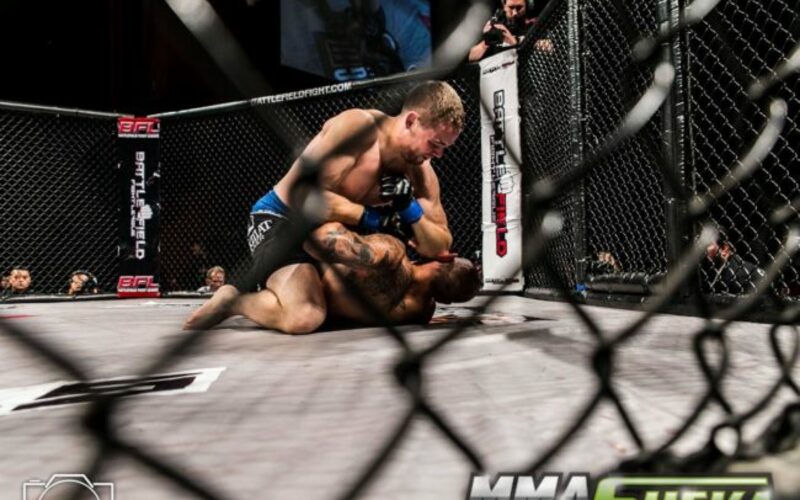 It has been a long road for UFC’s latest welterweight, Tristan Connelly. The Checkmat Vancouver product made his professional mixed martial arts debut nine years ago. Connelly will now step inside the cage in front of his hometown crowd at Rogers Arena.

It was announced by MMAJunkie.com, after a report from TSN’s Aaron Bronsteter that Connelly will face Michel Pereira on short notice. The two will square off on the main card at UFC on ESPN+ 16.

He kicked things off in March of 2010 with a victory over Jimmy Phan. Following that contest, Connelly lost back-to-back fights. Just four months after his debut, Connelly lost to Takahiro Kajita under the DEEP banner and a unanimous decision blemish to Dan Ring at AFC 4 later in the year.

Throughout his next four fights, “Boondock” bounced back and forth between wins and losses. He improved his record to 2-2 with a victory over Upneet Rai at AFC 6 midway through 2011 but lost to Matt Trudeau at AFC 7 just a few months later.

In 2012 Connelly went 1-1 with a victory over Corey Houston and a loss to Myles Merola.

Connelly fought his final fight for AFC in 2013 and went out with a bang. He picked up an early first-round submission victory against Jonathan Dubois, which would prove to kickstart the rest of his career.

With a .500 record of 4-4, Connelly signed a contract to fight veteran Shawn Albrecht at BFL 37. This proved to be a real breakout performance for the Checkmat product. Utilizing a fantastic clinch game, landing elbows and punches, Connelly finished Albrecht late in the first round.

At BFL 39 Connelly would lose a very tight decision to Tristar trained talent Mario Pereira. That loss pushed Connelly forward and he went on to win his next four in a row.

At BFL 45 he knocked out Ash Mashreghi in round one and follow that up with three straight rear-naked choke victories over Adam Assenza, Garret Nybakken and Lenny Wheeler.

Connelly would end 2017 with a slight setback. At Unified MMA 30, Boondock would put his lightweight title up for grabs against veteran Shane Campbell. Connelly would succumb to a kneebar in the third round.

With 2017 behind him, Connelly would push full steam ahead and leave that calendar year in his rear-view mirror.

The 33-year-old would start 2018 off with a lightweight championship victory at CageSport 50. He tapped out Joey Pierotti with an armbar in the fourth round. He followed that up by defending his title at CageSport 54 with a destructive performance against Tyrone Henderson, forcing the American to retire following the first round.

Connelly would add another victory to his record at Final Fight Championship 36. He made the trip to Vegas and finished Zach Juusola just two-minutes and forty-six seconds into the first round.

Most recently, he would cap off his four-fight winning streak, with a relentless performance at Rise FC 4 against D’Juan Owens. The bloodbath was a back and forth battle, with Connelly able to withstand Owens and pour on the punches in the fifth round. At one minute and fifty-six seconds of round number five, Connelly earned the Rise FC lightweight championship.

On just four days notice, Connelly will face Pereira who holds a 23-9 record. The Brazilian made his first Octagon walk at UFC on ESPN+ 10 earlier this year. He impressively finished Danny Roberts, with a flying knee in the first round.

UFC on ESPN+ 16 goes down on September 14 from Rogers Arena in Vancouver, British Columbia.