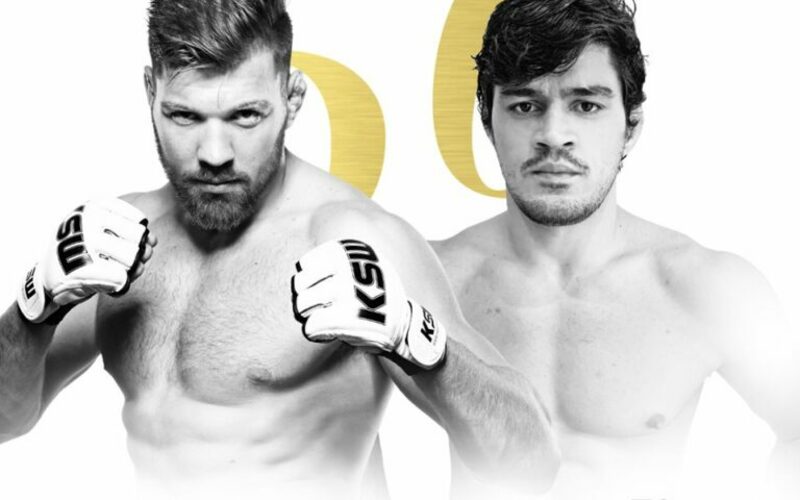 KSW 50 is set for this Saturday September 14, 2019 live from London, England. The event will air worldwide on KSW.tv. The eight-fight card is full of amazing matchups including four title fights. One of those non-title fights to keep an eye on contains the re-invented now middleweight, Dricus Du Plessis. Du Plessis is EFC Worldwide’s first two division champion and a former KSW welterweight champion.

After multiple welterweight titles spanning the globe, and holding a victory over current champion Roberto Soldic, Du Plessis is making the move to the more comfortable division of middleweight.

“It feels great. The change to middleweight made my training so much more sustainable being able to eat and recover properly and not killing myself with the massive diet restrictions,” Du Plessis told MMASucka. “I know there’s a few guys at the top of the middleweight pile but my sole purpose of this fight is to make myself the undeniable number one contender with a spectacular performance.”

Scott [Askham] is a great fighter and I have a lot of respect for him, but the Middleweight division is mine now and I’m coming for that belt, nothing personal it’s just business.

Layoff to Recover and Reinvent

KSW 43 in April 2018 could not have gone any better for Du Plessis in his debut. The former EFC Worldwide two-division champion was able to finish Soldic in the second round via strikes. The rematch was slated for KSW 45 in October 2018. Du Plessis put up an amazing fight but could not hold off Soldic as the former champion reclaimed his gold. Since then we have not seen Du Plessis in action.

“I hate that it’s been so long. To be honest this has been one of my most active years as a professional fighter not competing but in the gym, reinventing or should I rather say improving myself and getting myself ready physically to be a middleweight,” Du Plessis stated. “This layoff wasn’t for any other reason than bettering myself as a fighter. I feel the best that I ever have and 14 September I will shock the world.”

Showcasing on the KSW 50 Stage

Du Plessis’ return will not be met with an easy task. His opponent for the night is the 30-7 Joilton Santos Lutterbach of Germany. Santos has won his last six bouts in a row including three bouts already in 2019. He is also in his eighth year as a pro and has competed in Cage Warriors as well as X Force MMA among others. So how do you prepare for such a seasoned fighter? “I’ve fought someone with 36 fights in my 3rd professional fight; I have all the experience I need to fight anyone,” Du Plessis stated. “Also I believe the quality of opponents he’s had isn’t anything like myself. I am world class and I won’t do anything different than what I also do, whatever it takes to get that W.”

Du Plessis is not taking this spot for granted. He is one of 16 fighters to represent KSW on their golden show. “Absolutely I am very honored to be considered big enough to be part of the milestone event and I will make sure the opportunity doesn’t go to waste.”